Easterton School dates from about 1867. Money to build it was provided by The Hon. Mrs Hay of Clyffe Hall. For a few years, the school was also used as a place of worship but when St Barnabas Church opened, in 1875 this building became just the village school.

And so it remained until 1971 when both the Easterton and the Market Lavington schools were closed and a new combined school opened on Drove Lane. This school is in Market Lavington but was given the name, St Barnabas School.

At the museum we believe this photo of the old Easterton school was taken in 1971 and shows the students at the school at the time of closure. Certainly the fashions look to be of the 1971 era.

That means we are looking at people now aged around 45 to 50. We’d love to identify these people and maybe you can help with this.

The Easterton school building, which stood below the church on the side of the main road, was demolished in 1973 and new housing was built in its place. This section of map (a 1900 issue) shows where the school was. 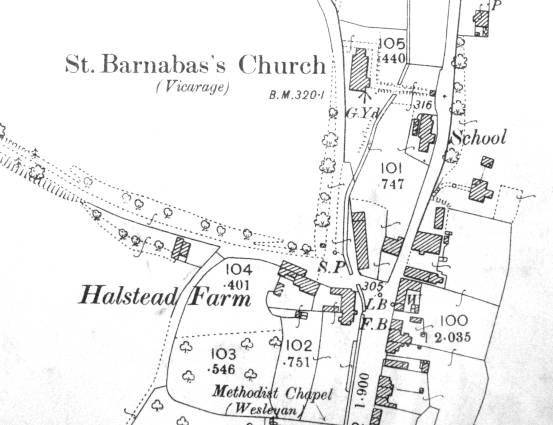