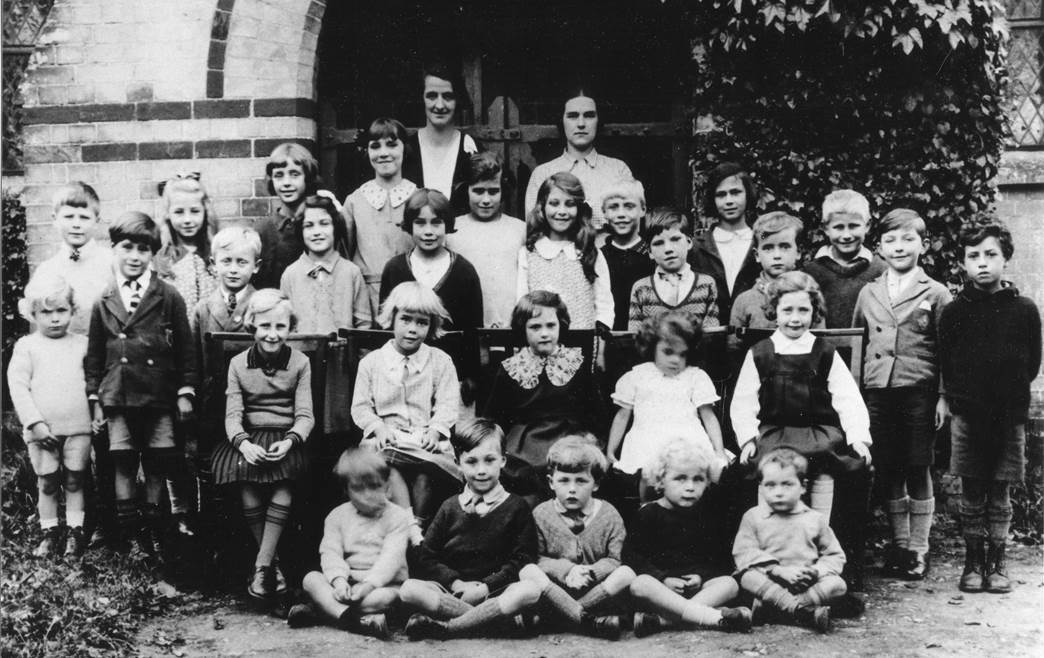 Easterton children in 1934. Click the picture to see a larger version

This photo of youngsters at Easterton School arrived at the museum shortly before Christmas. The photo we were given is not an original photo but it tells us it shows the pupils in 1934 – fully 80 years ago. That means that the youngsters sitting on the ground in the front are now about 85 and the older children at the back could now be around 90 years old.

The photo has arrived with us via a roundabout route. We imagine it was purchased by Dave and Janet when they lived in Easterton (1980s/90s).. They moved away to Devon. Sadly, Dave died but Janet has lived in three different places in Devon. One of our stewards visited her recently and came back with the photo. Janet is keen to know if there are any Shergolds on the picture.

Almost inevitably we do not have names except for one guess. But we have feelers out and hope to identify some of the children, and the teachers. Maybe you can help as well.