Easterton schoolboys in about 1906

This photo has recently come to light and been given to Market Lavington Museum. It shows boys at Easterton village school in about 1906 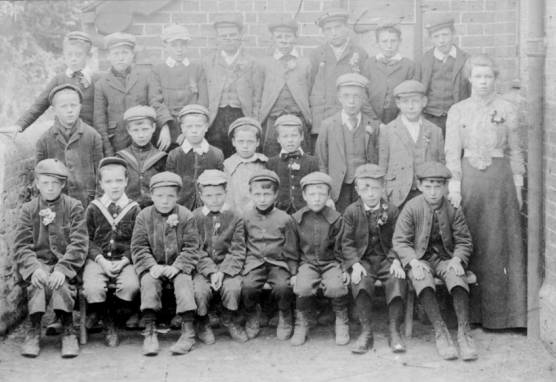 Not only has the picture come to light, it is well captioned with only one child on it with no name given although some only have a surname.

In the middle row the boys are J Kyte, Will Clelford, Will Carter, Fred Burnett, Jim Nules, Fred Cook and Charlie Burnett. The teacher is Ethel Redstone.

Charlie Burnett became a wheelwright and worked for Gyes in Market Lavington. 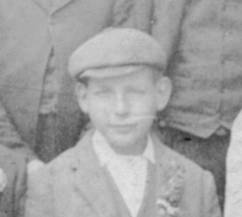 Charlie Burnett who went on to be a highly skilled wheelwright

Like many of the lads, Charlie is wearing flowers. Was this a Mayday custom?

The picture was by Edgar A Wharton and Co of Easterton., Wilts

It would be delightful to hear from any descendants of these lads who might be able to tell us more about them.