This photo is undated. It was taken from the bridge over the stream at the bottom of Kings Road – the road that leads past the village hall and up onto the Sands but it shows the main street through Easterton. The people look to be clothed in Edwardian style.

Easterton Street has seen considerable changes, but the terrace hasn’t changed much externally. 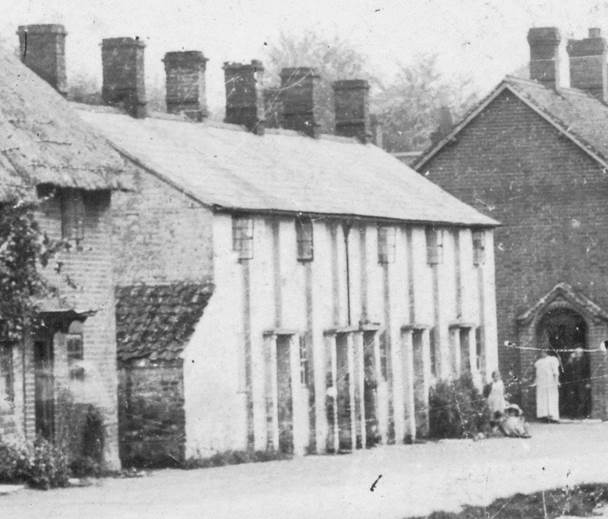 The terrace – sometimes known as the barracks

Further down the street is a tall pole. We see no wires. Any ideas? 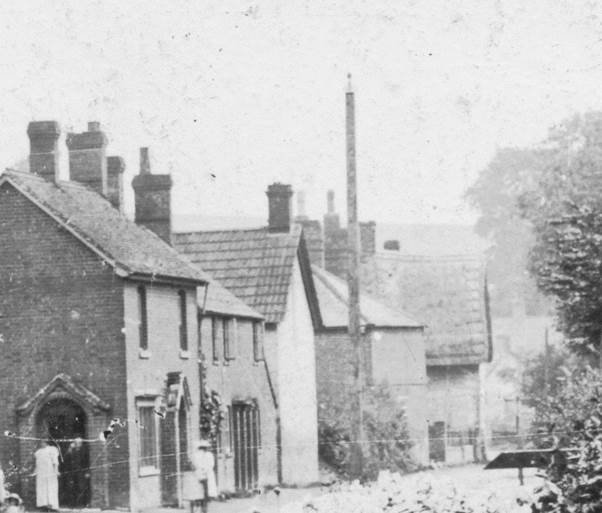 A pole for what?

Let’s see the similar view in the 21st century. 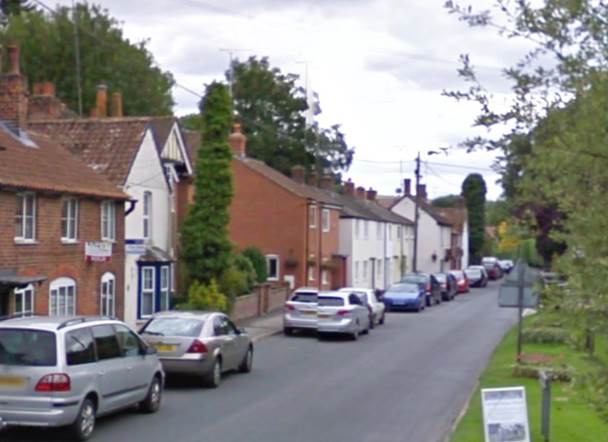 Many changes can be seen, but perhaps it is the appearance of cars which marks the biggest difference between then and now.