This image was recently sent to us. We’d like to thank Judy for her kindness. In fact those of us most closely associated with the museum remain utterly delighted with the support and enthusiasm so many people show with regard to the museum.

Here is the photo. 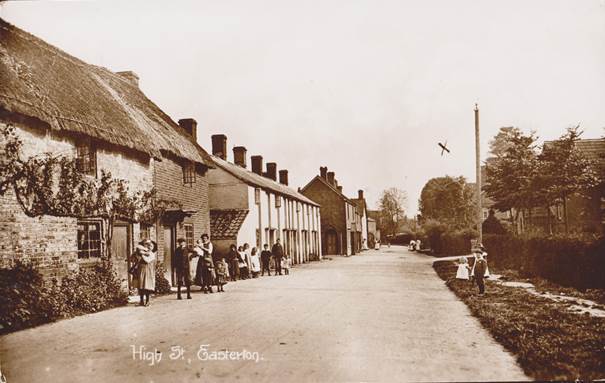 Easterton has changed in the last 100 years or so. The thatched cottages on the left have gone and have been replaced with more modern dwellings. However, the long pale coloured terrace still remains although the lean-to on this end has gone. The houses further down look much the same as well although once upon a time there was a smithy down towards that end of the street.

Back in Edwardian days there was hardly any need to separate pedestrians from other road traffic. There are no pavements. But this doesn’t stop the people from coming out to get in the photo. There’s a fine crop of Easterton folk on the left. 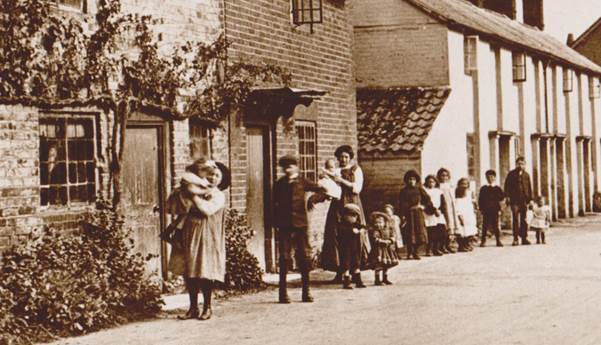 Sadly, but not unexpectedly, we can’t name these people, nor those across the street standing on the edge of the stream. 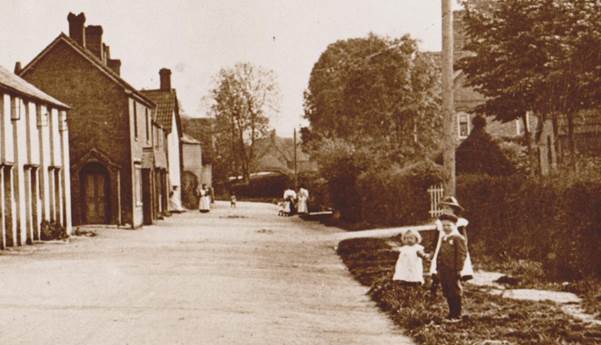 Despite dredging and other improvements the stream still floods from time to time. It has this winter. The front of January’s Easterton Echoes is about flooding. 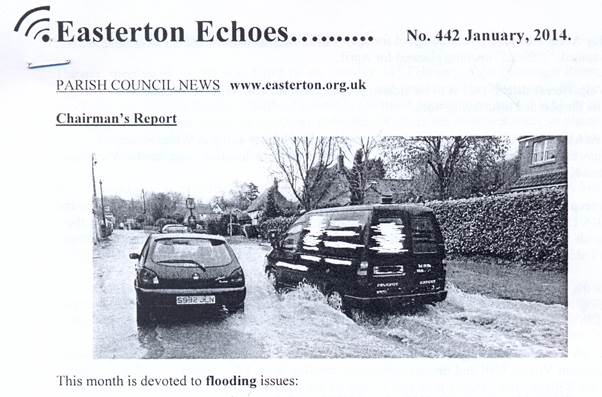 Another photo of floods was taken back in the year 2000. This shows a similar, albeit broader view to the old Edwardian photo. 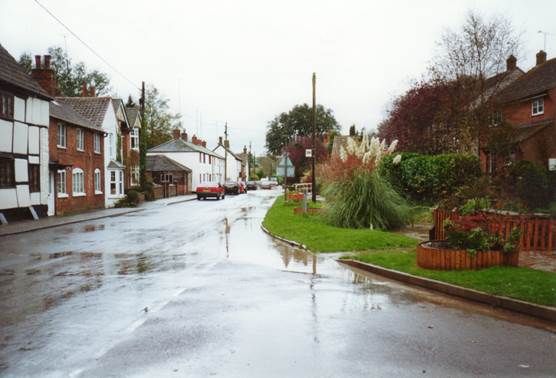 We can see that the terrace has gained a hip end to the roof and then we can see the red brick gable end of a building which replaced a thatched cottage.