Easterton, Then and Now

Once upon a time a cottage known as Kandy Cottage stood at the bottom end of Easterton’s White Street. The cottage was demolished to straighten the road between Easterton and Market Lavington. We can look back now and consider it a real shame, but at the time it seemed the right thing to do. The improved road is now subject to a speed limit to keep speeds down! 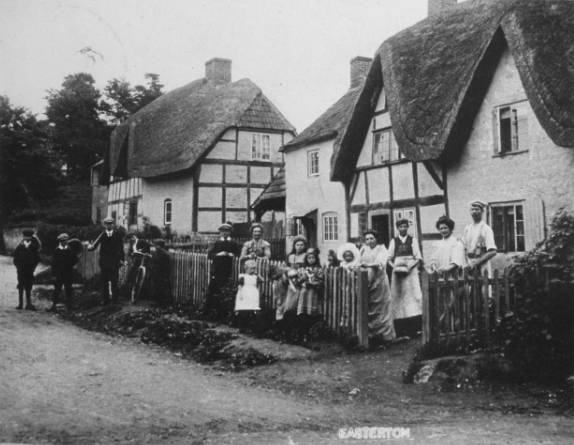 This was Kandy Cottage. It is on the right side of the photo. The black and white building, beyond, is Court Close Farm. This picture featured in the 2010 Easterton fete quiz.

As is often the case, we’d love to know more about the people. Can any Easterton residents help on that?

Another photo – nothing like so clear as the one above looks along the street towards Market Lavington. 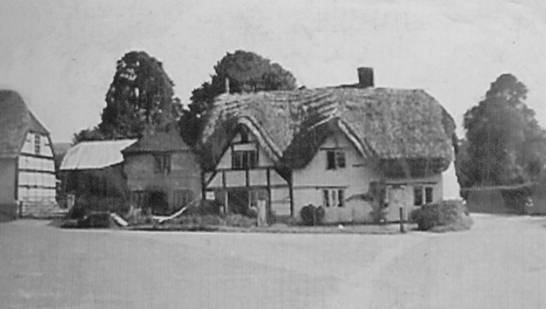 This features Kandy Cottage although a little of Court Close Farm can be seen. This picture is thought to date from the early years of the twentieth century. 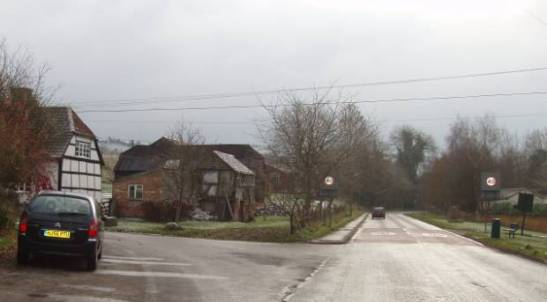 The site of Kandy Cottage in November 2010

The picture below, covering much the same scene was taken on 27th November 2010.

We can see that Court Close Farm sports a bigger upstairs window and that tiles have replaced the old thatch on the roof. But it is still recognisably the same building. The agricultural buildings may have changed and been added to, but rooflines are similar. Kandy Cottage has entirely gone, replaced by a wider, straighter road, which does offer pavements as well. That, at least, is surely a good thing.