Edna May Hayward was born at Amesbury and  must have been one of the last people to live at Pond Farm, a downland farm on the hills above Easterton. According to the 1911 census she was there aged ten months with her father, an officer in the army who seems to have run the pumping station. Edna’s mother and her elder sister completed the family.

Presumably the Hayward family – it is a good local name – stayed in the area.

Our photo dates from about 1920 and shows Edna May Hayward. 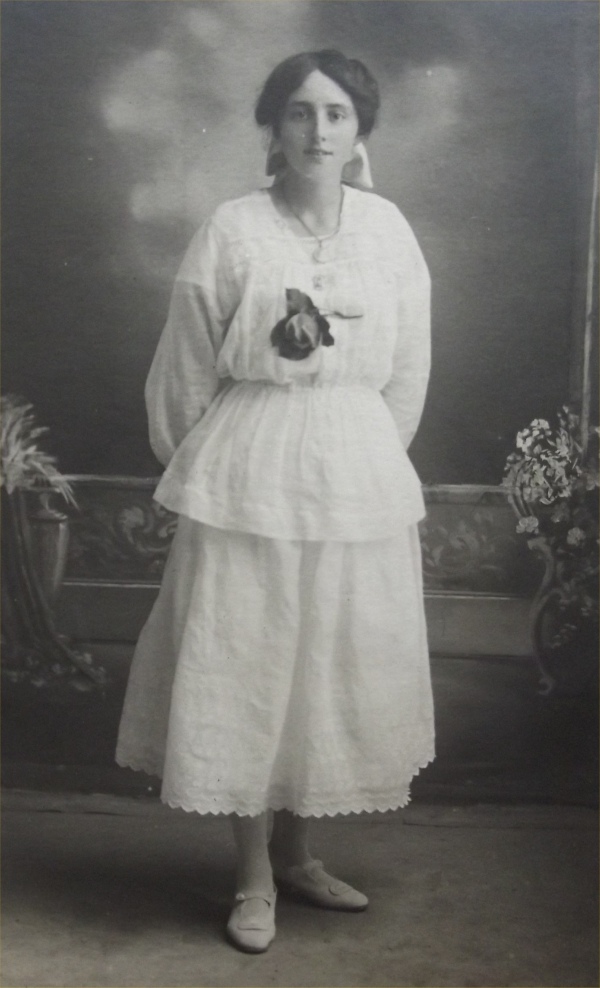 Edna May Hayward of Easterton in about 1920

In 1939 Reg and Edna lived on High Street in Easterton. The Huxtables continued to live in Easterton throughout the 1950s and 1960s.