Edward Cook was essentially an Eastcott lad although he was actually born in North Bradley, near Trowbridge. However, his dad and grandfather were Eastcott folk and so it is no surprise to find that Edward also lived there.

Edward was a child of the twentieth century for he was born in 1902. As yet we have found no certain details of his birth. He may be the Albert Edward Cook whose birth was registered in the Westbury district in June 1902. What we do know is that he was aged 9 for the 1911 census which says he was the only child born to William and Lottie – born at North Bradley. The family lived at Eastcott in 1911.

This photo shows Edward, said to be aged 17. 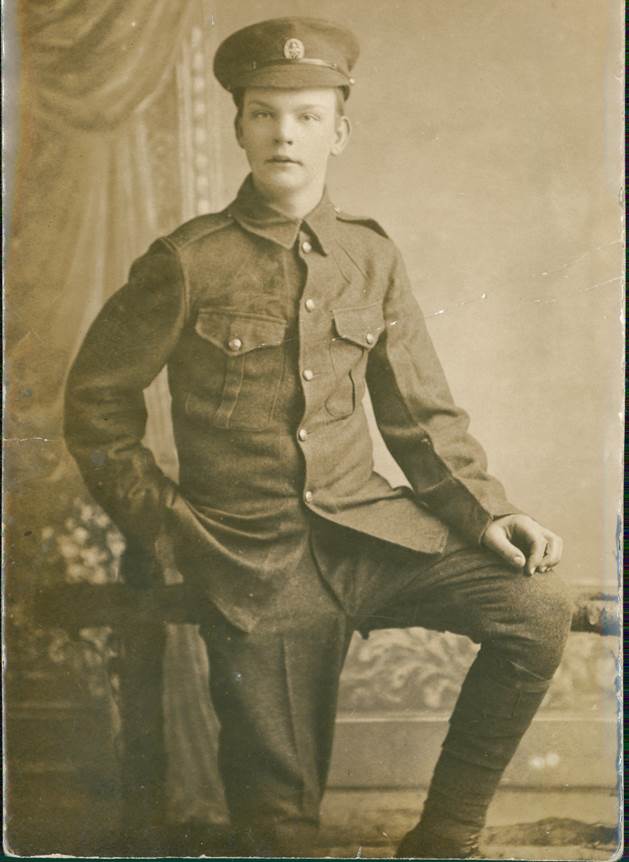 Edward Cook of Eastcott in about 1919

Edward certainly looks a very fresh faced young man in his military uniform in this picture.

Maybe a reader would recognise the cap badge?? 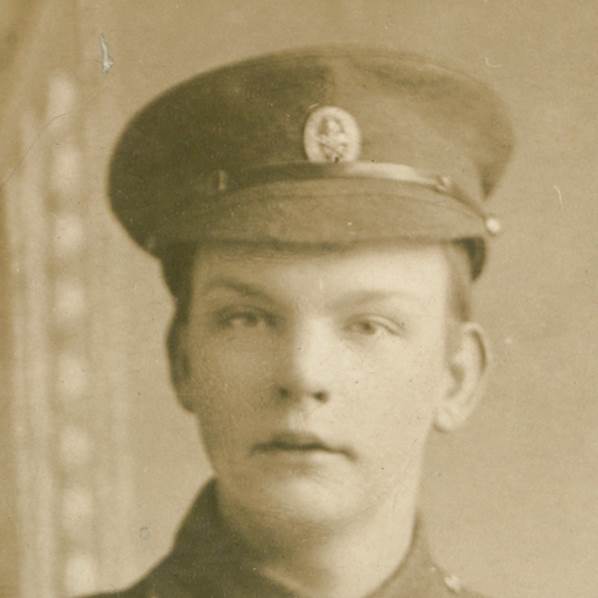 Can you identify Edward’s cap badge?

We assume Edward just missed serving in World War One.

As ever we’d like to know more. Do get in touch if you can help.