Here we have a fine photo by Alf Burgess showing Church Street in Market Lavington in the Edwardian era. 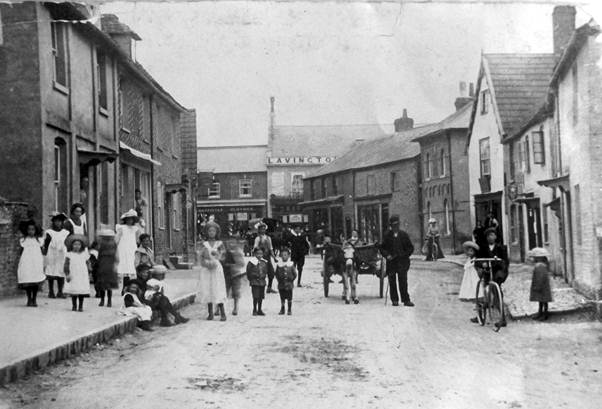 Let’s start at the back. 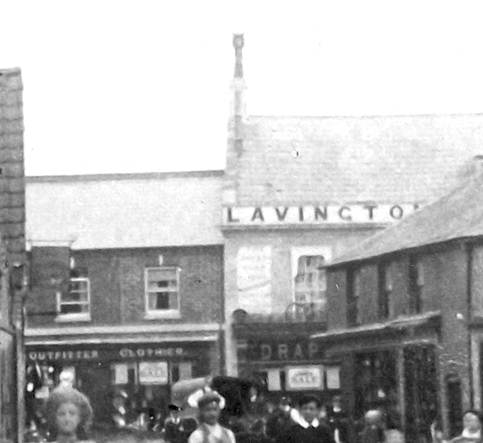 The buildings facing us – outfitter, clothier, draper etc. were actually on White Street and they were all a part of Mr Walton’s empire. He had a range of premises making his business a true department store. He even had an overhead wire system – a so called ‘cash railway’.

On the left the hanging sign is for the Volunteer Arms which would, at the time of this photo, have been run by members of the Trotter family.

On the right is a building on the corner of Church and White Street which is about to open in a new guise. Visitors to Market Lavington will be delighted to find a tea/coffee shop operating there. The building is owned by Trinity Church and they will be running the business under the name of Saint Arbuck’s. We certainly wish Trinity every success in this new venture.

This was to become Lavington Gas Works

Here, on the left of the main photo we are looking at buildings which were, for a while, the premises of the Lavington Gas Works. It was here that acetylene was produced and distributed around the village. You can see more of this company here and here.

Now to the right side of the photo. 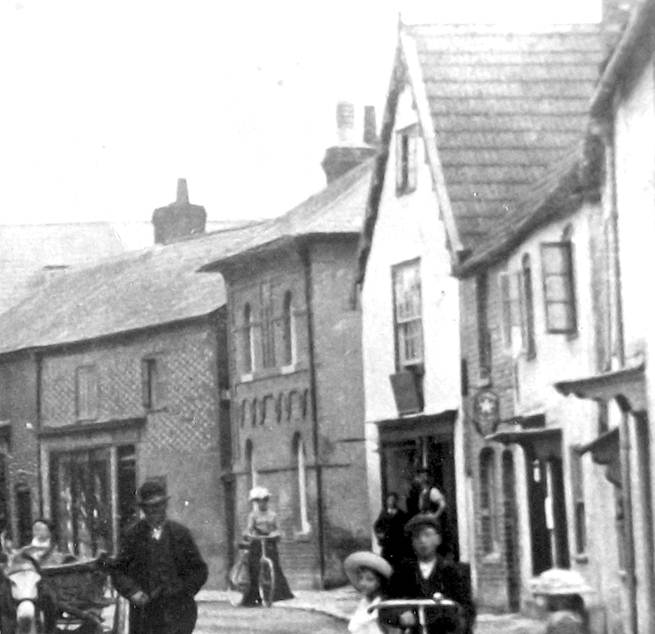 Shops and other premises on Church Street, Market Lavington

At the left hand end of this photo we have the shop which many will recall as Peter Francis’s photographic shop. Back when the photo was taken it was part of Mr Walton’s emporium. Next to it, the building with the interesting brick front has an interesting history. That building and premises behind it have been almost everything from Baptist Chapel, to village grocery run by Mr Bullock, Mr Potter, the Proust family right through to Mr Dempsey. The white building with gable end facing the street was Mr Godfrey’s butchery. It became Mr Pike’s shop later – still a butcher and has now been completely rebuilt. On this side we have the Merritt’s cycle shop – later Mr Reid’s. At one time this became the petrol station in the village.

In the middle of the photo we have a donkey cart. 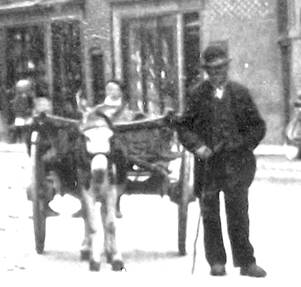 This is Billy Davis who was what used to get called a rag and bone man – finding uses for people’s unwanted items.