Edwin Potter has been generally mentioned in these pages. Today we devote a page to this man and his bus service.

Edwin was born in the 1840s at one of several pubs in the village. Then, it was known as ‘The Angel’. Later it became known as ‘The Volunteer’. More recently it has been used as dwellings.

Edwin served time as a carpenter but clearly saw a gap in the market as a carrier and by age 30 he was running his own carrier business taking goods between Market Lavington and Devizes.

At some point, probably still in the 1870s, this developed into an omnibus service with the carrying of goods as a lucrative extra.

Market Lavington was one of the last places to get on the railway network, for the line from Patney and Chirton to Westbury, with a station at Lavington, did not open until 1900.  One can imagine that Edwin had quite a prosperous time at the end of the nineteenth century for he was running the main passenger service in and out of Market Lavington.

The first picture shows the bus out on a country road. We cannot identify the location. 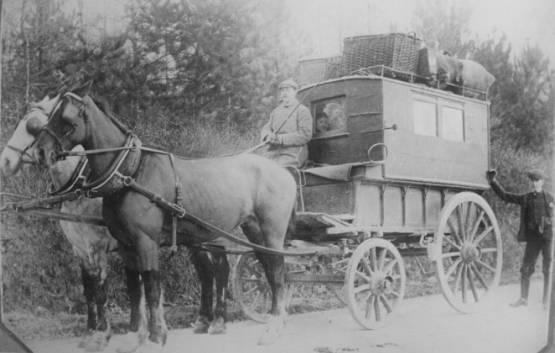 This was taken in about 1900 and clearly, the carrying business was still important.

Our second picture shows the bus at the Devizes end of the route, outside the Great Western Railway station at Devizes. 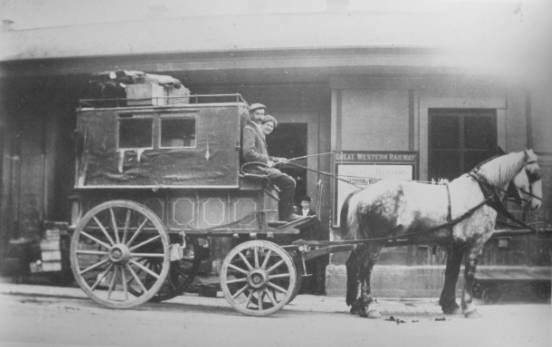 Edwin Potter's bus at Devizes Railway Station in about 1900