Edwin Potter ran a horse bus service from Market Lavington to Devizes. Lavington’s railway station was not open until 1900, so Mr Potter’s bus enabled Market Lavington travellers to catch a train at the station in Devizes. We have seen this photo before on these pages, but we have just been given a better copy. It shows Potter’s bus at Devizes – still making the trip in 1905 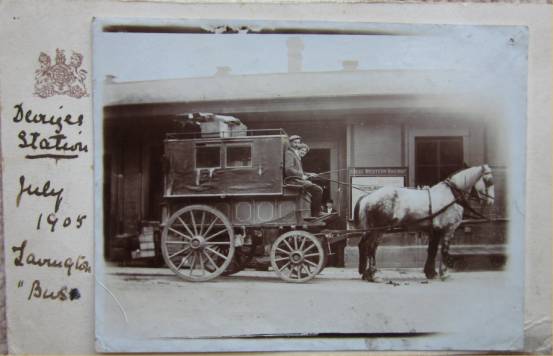 Potter’s Bus at Devizes Station in 1905

We can, of course, zoom in on the bus.

The bus ran the Market Lavington to Devizes service before the advent of the motor bus.

Let’s zoom in some more. 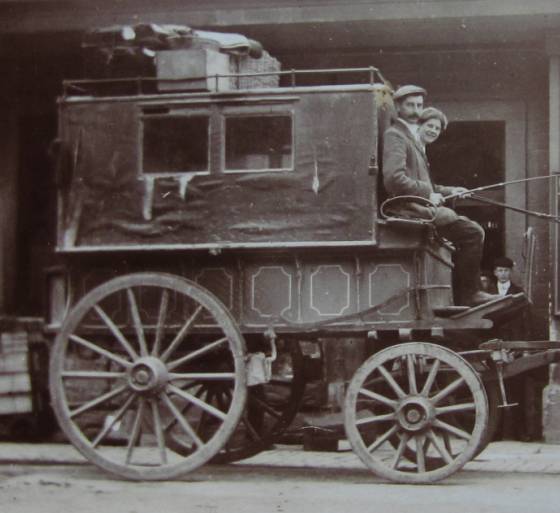 By 1905 the bus was looking rather careworn.

We can now see that by 1905, the coachwork was beginning to look tired. With Lavington Station opened, it was probably hard for the Potters to make a living, although Devizes still remained the main local town. 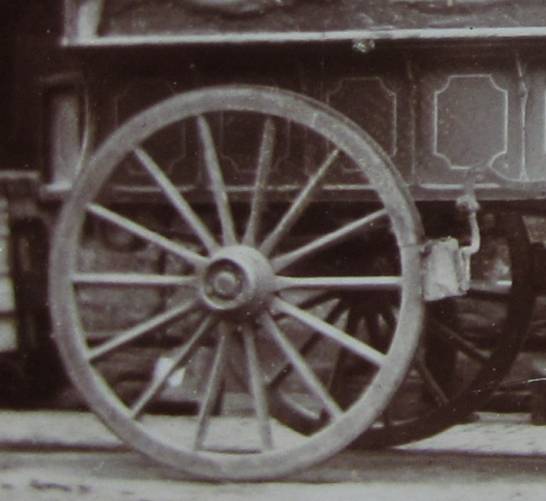 Zooming in on the wheel, we see what looks to be a brake shoe, which could grip onto the iron tyre of the wheel. It isn’t clear if this could be operated by the driver as the vehicle was moving, or whether a crew member had to get off and apply the brake at the top of hills.

An added interest to this photo is that it has been mounted on a period postcard. 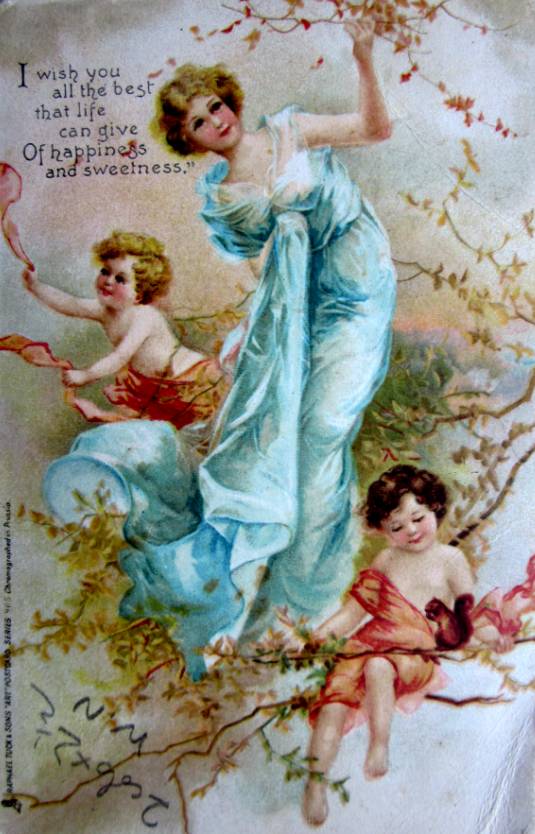 The photo of Mr Potter’s bus is mounted on a period, romantic style postcard

There’s no specific Market Lavington connection here – except that the owners of the original are long term Lavington residents.

But let’s return to the bus and take a good look at the crew. Maybe someone out there can give us a positive identification. 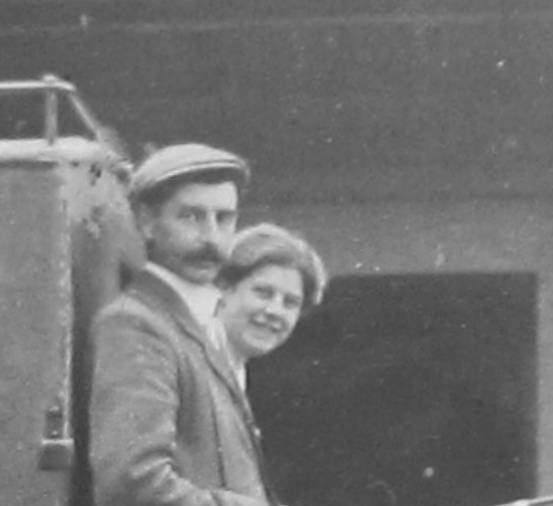 Can you identify the bus crew?