A short while ago we showed a picture of a carnival procession on Easterton Street and commented that a girl, dressed as a fairy, was Ena Gye. This photo of Ena, but taken in the Burgess studio, must date from the same occasion for Ena has the same costume. 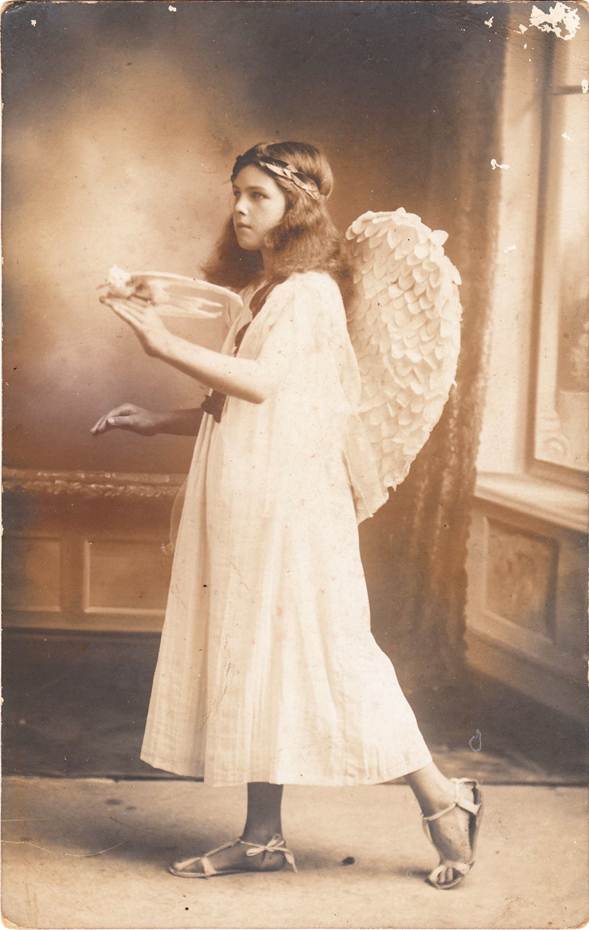 Ena Gye of Market Lavington in about 1920

Actually, we could note that Ena changed the rather flimsy sandals for more solid walking shoes when she was in the carnival.

Ena was born in 1911 She was actually Georgina Maude Gye and her parents were Joseph Edward Gye, a builder and wheelwright and his wife Lucretia Ethel (née) Redstone. Her parents were known as Jack and Ethel. Ethel was a former school teacher.

Over the years Ethel built up a good stock of costumes and these were always in demand at carnival time. Presumably the Gye children had first pick.

Georgina married Philip Colman in 1941. They had one son. He was born in Hertfordshire.

Georgina died in 1986. By then she was in Cambridgeshire.