Eric James was born towards the end of 1913. His parents were Walter John James and the former Miss Elizabeth Hannah Gye. Although Wiltshire people, they married in the Marylebone area of London in 1904.

In 1911 Walter was a baker and grocer living and working on High Street, Market Lavington. Wife, Elizabeth (known as Betty), helped him run the business and the only child they had, at the time, was young Walter who was aged 3.

The house and bakery was at number 1 High Street – where the present Post Office is sited.

Our photo, of Eric James was taken in about 1918. It shows a very sweet looking lad. 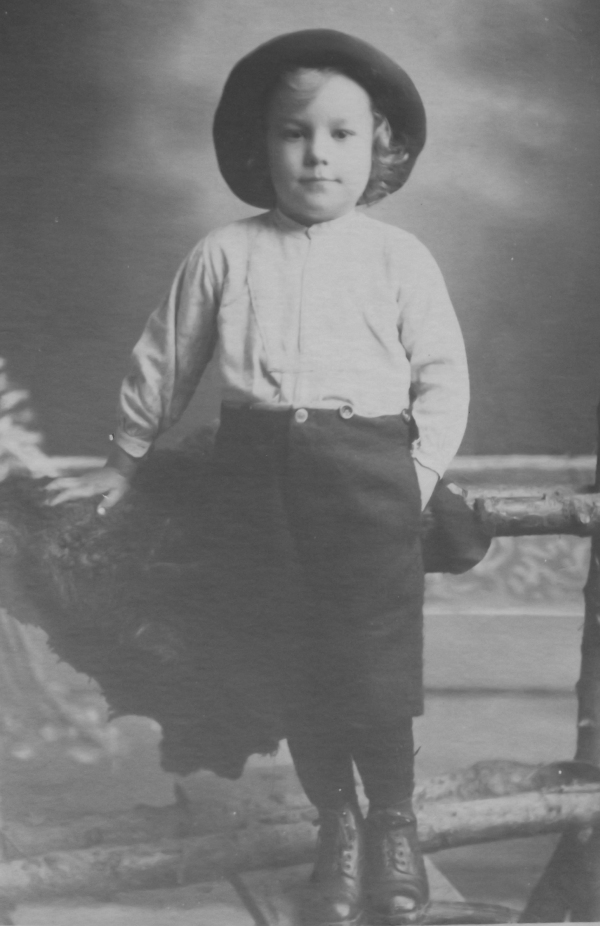 Eric James of Market Lavington in about 1918

The 1926 electoral roll shows Walter and Elizabeth still on High Street – but Elizabeth died in 1927. She was buried in St Mary’s, Market Lavington.

Eric married Rosa Matthews in 1938. We can find an extensive family on High Street. Eric was the head of the family, with wife Rosa. But Walter was there as well, as was young Walter. It would seem that the youngest man, our Eric, may have been regarded as the head of the household.

Walter died in 1943. He was some ten years younger than Elizabeth, his wife. He, too, is buried in the graveyard of St Mary’s, Market Lavington.

And there we lose touch with Eric and other James family. Eric, and Rosa are not buried in Market Lavington churchyard but then they could still be alive. Did they move to Rowde? Any information would be greatly appreciated.