Before the National Health Service was formed in the middle of the twentieth century, local efforts were in place to support the hospitals and villagers suffering hardship through illness. In Market Lavington and Easterton, Hospital Week provided entertainment and a carnival, whilst raising funds. (Just type Hospital week in the search box of this blog and you will find links to about a dozen entries on the subject.)

In the museum we have this document. 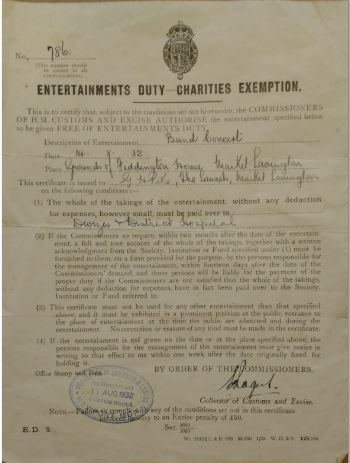 There had been a tax on entertainments since 1916, but it appears that an exemption from paying this could be obtained if all the proceeds were given to charity.

Our document shows that in 1932, a band concert took place to raise money for the local Devizes and District Hospital and so was exempt from paying the entertainments duty.

It is quite likely that the band would have been the Market Lavington Prize Silver Band. This photo of them was taken in the 1930s, outside Knapp Farm on Market Lavington’s White Street. Our picture is black and white, but we know that their uniform was maroon as we have a jacket and caps in the museum collection. 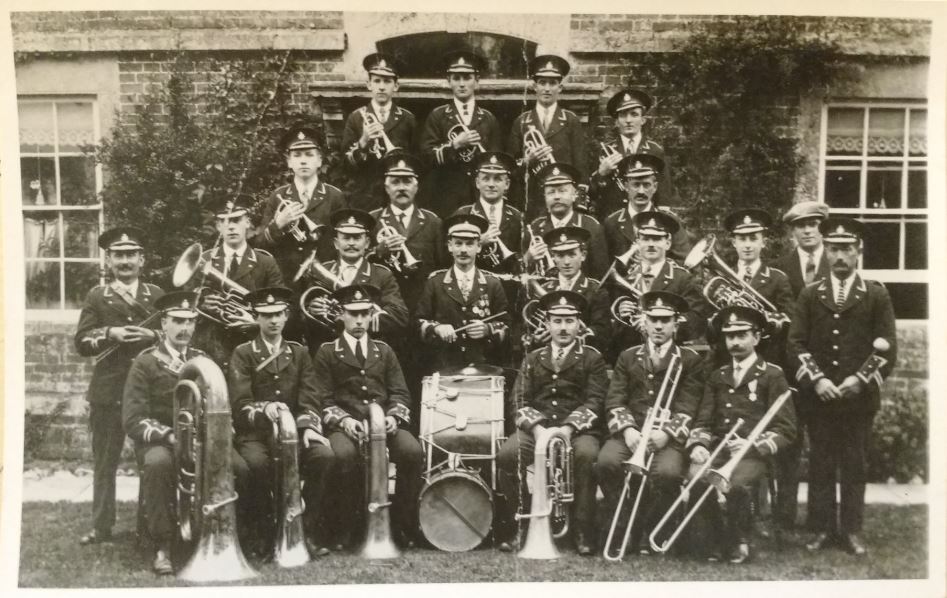