Far from the Madding Crowd

When John Schlesinger was making his 1967 film of the Thomas Hardy novel, he chose Devizes to be the backdrop for some of the scenes. Local people were used as extras in the film and amongst them was our very own Percy Wilkins of Market Lavington.

You can click here to read about Percy’s life.

Back in 1967, the local papers were keen to show the locals along with the stars and two newspaper images, which we have at Market Lavington Museum, feature Percy. 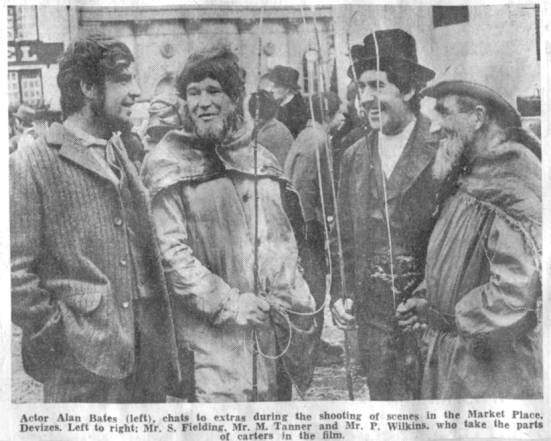 Percy Wilkins is on the right in this newspaper photo of actors in 'Far From the Madding Crowd'..

So here we see one of the leading men in the film, Alan Bates, who played Gabriel Oak and with him are three people who played carters – Mr S Fielding, Mr M Tanner and our own Percy Wilkins.

Another shot shows Percy, seemingly getting an autograph of an actress. Maybe somebody could enlighten us at the museum by telling us who she is. 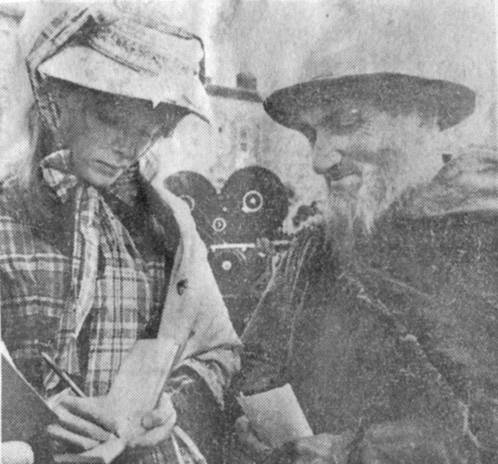 An actress signs an autograph for Percy Wilkins. The photo can be found at Market Lavington Museum.

These pictures have been kept in scrapbooks of news cuttings made by the local WI starting in the mid 1950s. Do ask to see them if you visit the museum.