Was it really twenty five years ago when Ralph Wilkins, Vicar of Market Lavington and Easterton moved on to pastures new?

We have recently been given a fairly formal group photograph of the St Barnabas, Easterton, parochial church council at a farewell gathering. 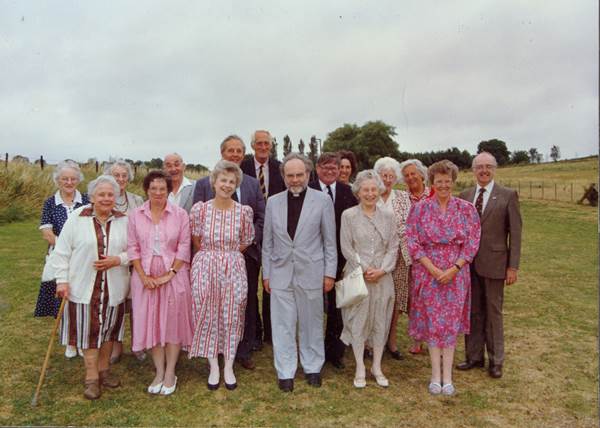 This photo was taken on 29th August in 1990.  It’s a properly captioned photo and we have all of the names of those present. They are, from left to right:

What a lovely reminder of the people and times a quarter of a century ago.