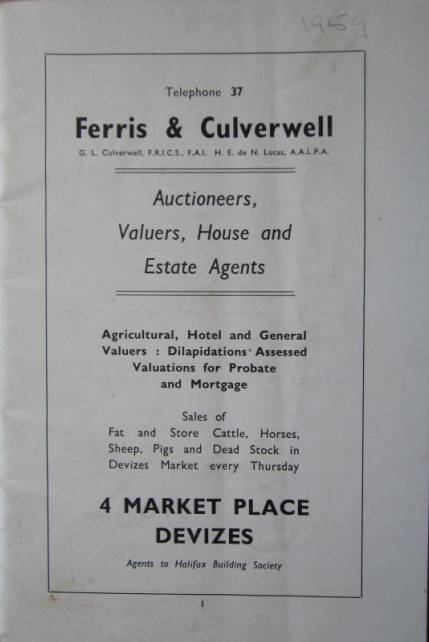 1960 guide to Devizes and District - including Market Lavington and Easterton

This little booklet may clearly have 1959 hand written on the front, but in fact it is a 1960 edition. The information would have been collected in 1959.

The interest in this book comes mostly from the adverts – the firms in Market Lavington that helped to make the little guide financially viable. Let’s see who advertised, with a Market Lavington address. 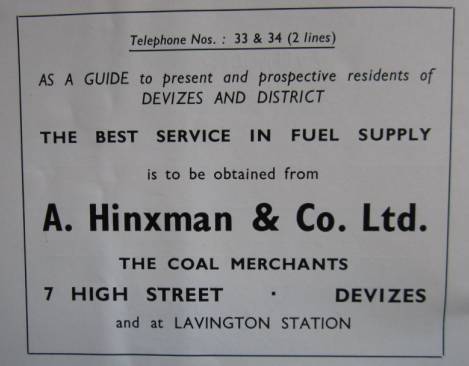 A Hinxman of Lavington Station

A Hinxman had a coal depot at Lavington Station.

Potter’s, run by G S and E M Prowse were clearly proud of being able to sell frozen food. 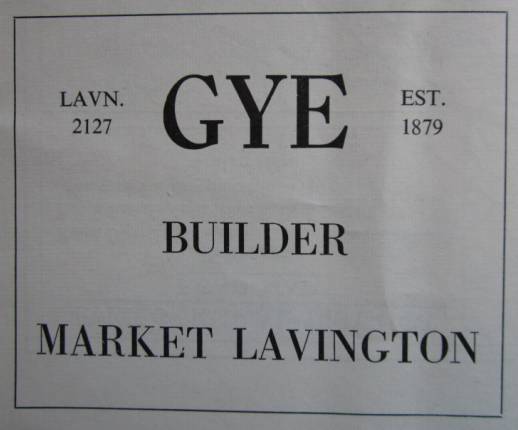 The Gyes were builders, carpenters etc in Market Lavington

The Gyes were proud of the length of time they had been in operation.

Mr King was a Market Lavington painter and decorator

Kings were also long established but seemingly had no phone number at the time.

Sad to say, we think none of these businesses still operate although, of course, it is still possible to find a photographer, get coal, buy groceries, or find builders and decorators in Market Lavington.