Here we present a lovely portrait photo of Flo Burbidge. 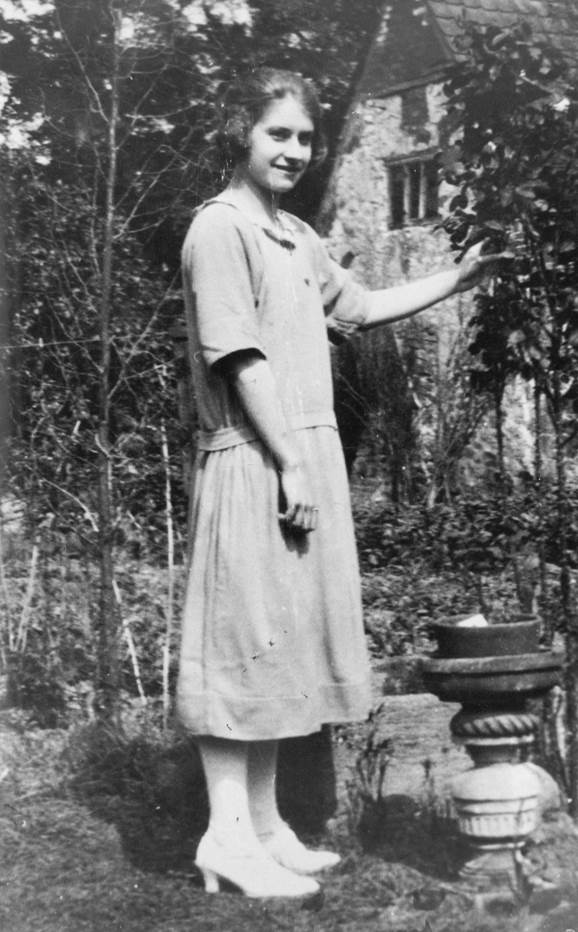 Flo Burbidge at a Knapp Farm Cottage in the 1920s

Flo, as has been mentioned before on this blog, was born in 1908 at our museum building and it was there that she was brought up. As far as we know she was the last baby to have been born in the old schoolmaster’s house which we use as our museum.

But this photo was taken outside a now demolished cottage near Knapp Farm. This photo dates from the 1920s. The cottage was demolished in the 1930s. It had been the coachman’s cottage for Knapp Farm.

The cottage was owned by members of the Hopkins family and after it was demolished they built three pairs of semi-detached houses on the site.