Back in July 2012 we posted a photo of the 1949/50 football team who had clearly won a cup and along with it we had Bill Elisha’s notes. We couldn’t recognise the players so I’ll invite people to look again by clicking here and letting us know who is in that photo.

We have just been given another photo of a football team. Diane, who gave it to us, knows her father is in it. We think this photo could date from the 1955/56 season. It shows not only the team but also a crowd of supporters – men, women and children. 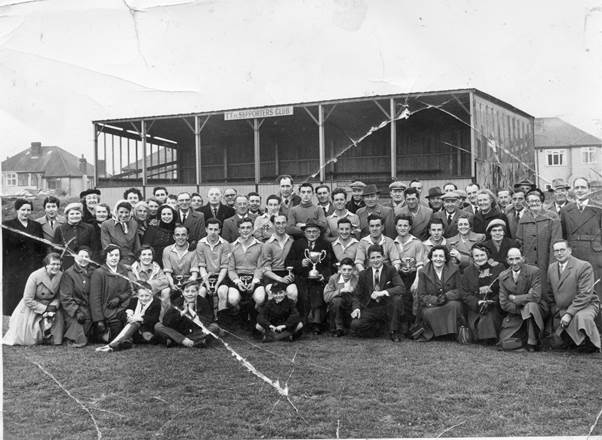 The stand behind the people says T. T. Football Club. We guess this is Trowbridge Town.

The two people we can name on the photo are Lavington and Easterton Football Club chairman, Bill Elisha… 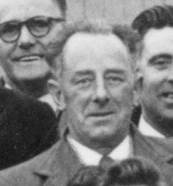 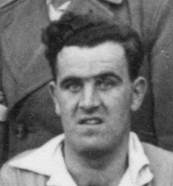 Can anybody name any others? We’ll enlarge them a bit to help identification. 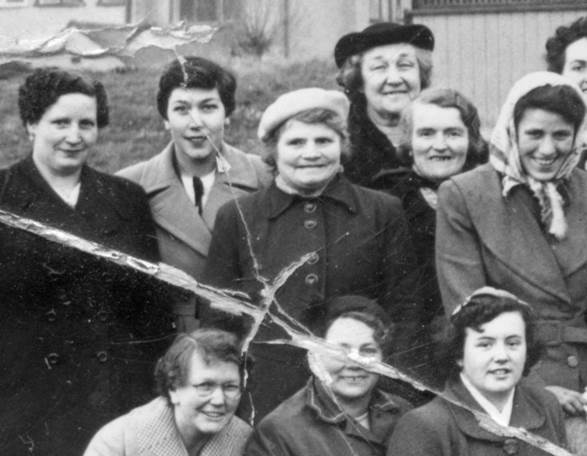 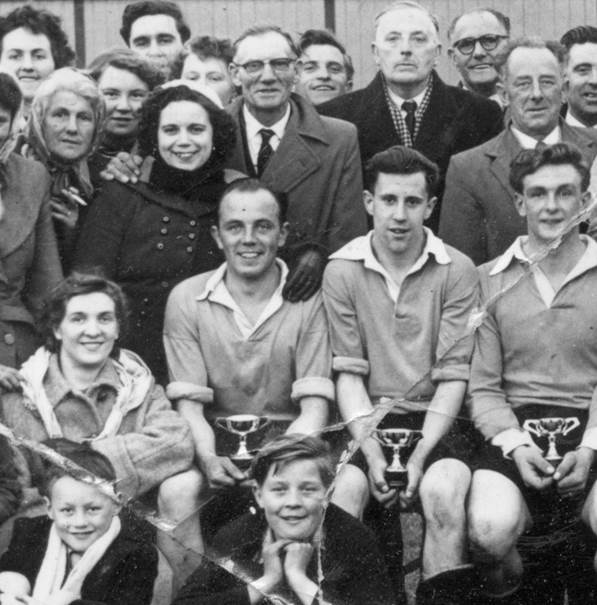 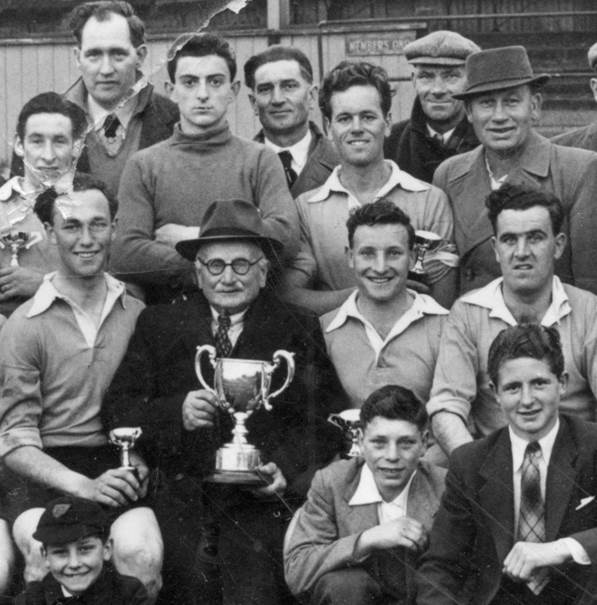 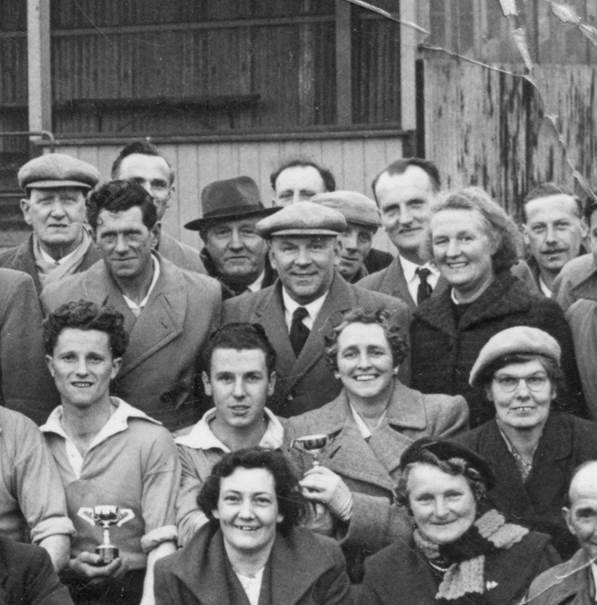 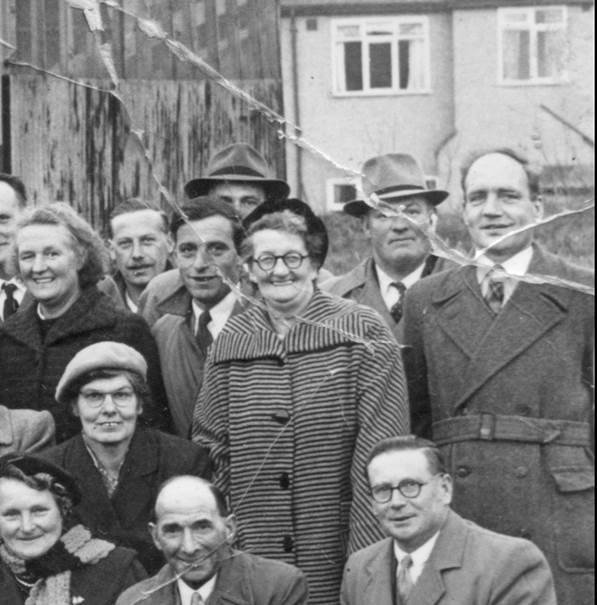