It is a long time since we featured one of our agricultural cartoons that can give insight into the life of the small farmer in the mid-1960s. They were drawn by an artist who just signed EGL.

Frank Arnold lived at Anne’s Farm which is on Spin Hill although you won’t find it now because its name has been changed to Sandmartins Farm. This was Anne’s Farm in about 1979. Frank was still there then. 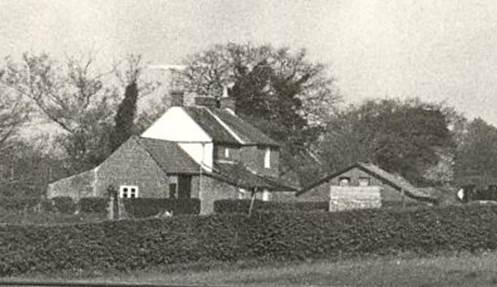 And now a cartoon. 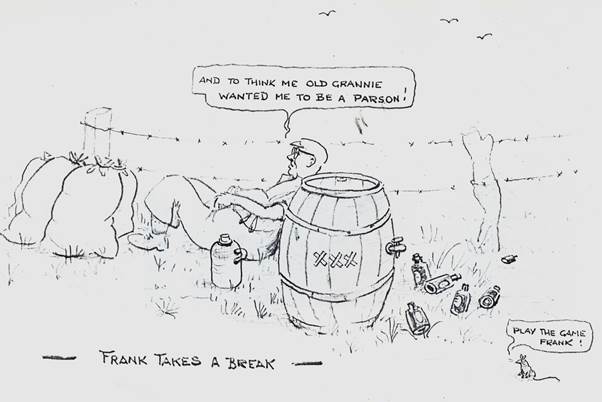 Here we see Frank taking a break, surrounded by drink, and musing on what might have been. Frank, of course, is attired in braces and a flat cap and clearly indicating he had a good life. In truth he worked hard but did always give the impression that he loved what he did.

There could be an implication that parsons have an easy life. That might have been true back in the 18th century when the vicar may have been very much an absentee with an underpaid curate doing the work. These days the local parson is that bit less local as parishes have been grouped into benefices and the cleric may have charge of five or more churches.

But the artist has caught the spirit of those mid-60s days which was still in the era of ‘you’ve never had it so good’. And before anyone comments, we know those words were never uttered by Harold MacMillan.