Fred and Jess were both Market Lavington people when they married in the spring of 1929. A photo of the couple in their wedding finery has recently been given to the museum. (Thanks, Jim).

Jessica Hester L Trotter was the daughter of William Trotter and his wife Jessie. She was actually born at Lydd in Kent in about 1906 but by the time of the 1911 census the family lived in Market Lavington. William was landlord at the Volunteer Arms on Church Street where he also ran a coal and firewood business.

Frederick Herbert Sayer was born in about 1905 in Bath. His father, also Fred Sayer was a bus driver and in 1911 the family lived in Nailsworth but very soon after they moved to Market Lavington. When Fred took over as owner of the Lavington Motor Services the yard of the Volunteer Arms became his HQ for a while. Jess and Fred must have known each other since they were well under ten years old.

Childhood friendship presumably turned to romance at some point, leading to that wedding in 1929. 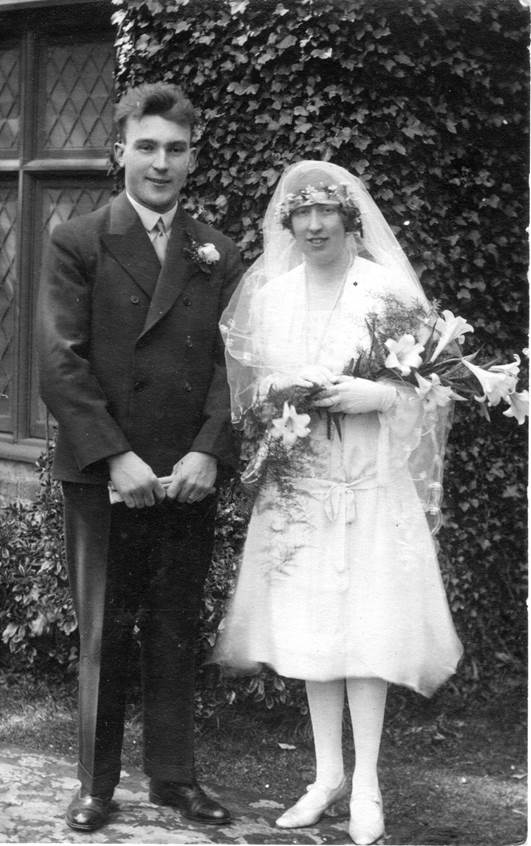 Fred Sayer and Jess Trotter in their wedding finery in 1929

What a handsome couple!

Another photo from Jim shows the couple outside a house. The couple look a little older, but we have no idea as to the location. 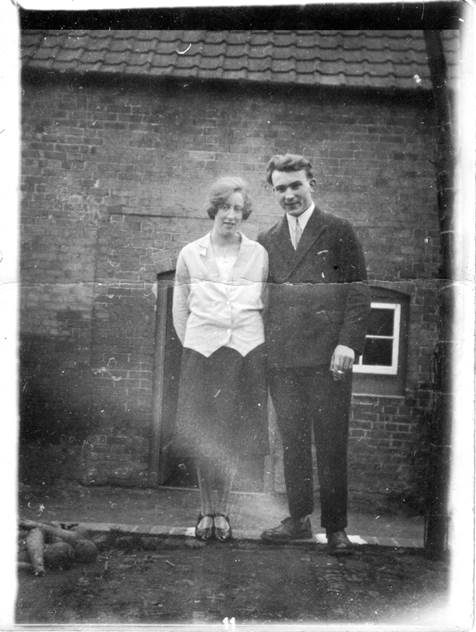 We know that Jess died in the Salisbury district in 1992. Fred probably died earlier, possibly in the Southampton area.