Fred Sayer at the wheel

Fred Sayer came to Market Lavington to be a bus driver. When the company that started the bus service pulled out, Fred took over the routes himself. His company grew and linked many local towns with Market Lavington. Our photo was taken in 1915 and shows Fred at the wheel of one of the buses. 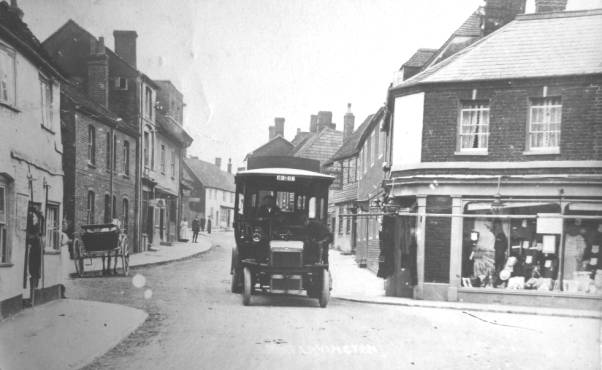 Fred Sayer at the wheel of a bus on Higgh Street, Market Lavington - about 1911

The bus is at the crossroads (Lamb Corner), in Market Lavington. With the exception of the demolished white house on the left, it still looks much the same today. So let’s take a look at that white house. 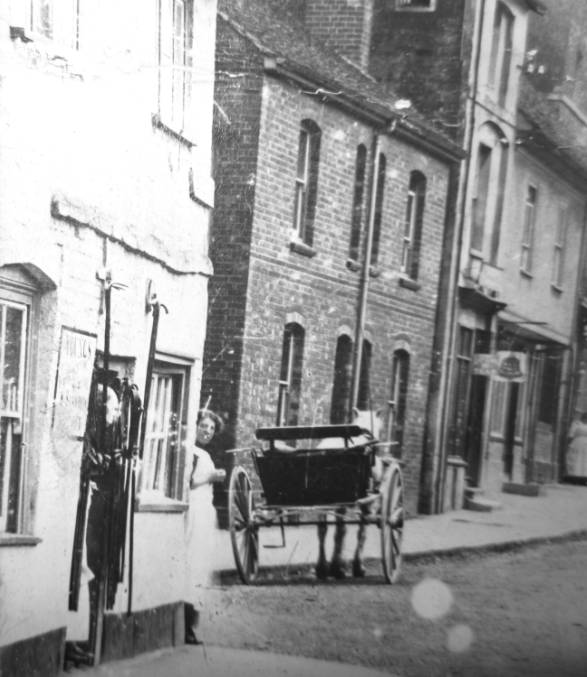 At the crossroads in Market Lavington

The sign by the door certainly says ‘Young’s’. We can’t read the rest of it. We don’t know what the pike poles are by the door.

The present Post Office is hidden by this white house but the pony and trap are waiting outside it. Further on, a sign advertises teas, but this may be leaf tea for purchasing, rather than a café.

The card was sent to Mr Weston, a nephew of Fred Sayer. Mr Weston lived in the Sayer home town of Bath. 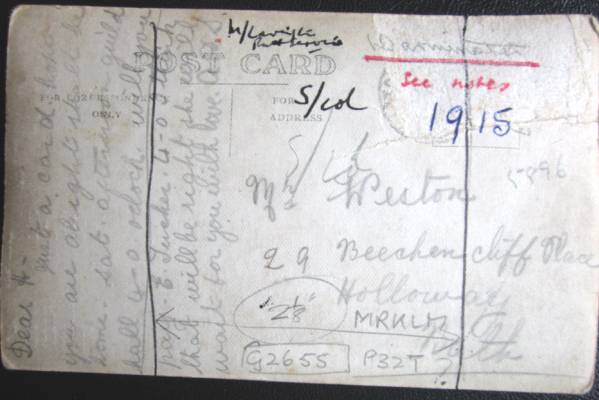 The card was sent to Mr Weston in Bath. He was Fred Sayer's nephew.