From the goods yard

Lavington had a railway station. It was by the bridge which the A360 road uses to get under the line. The road has traffic lights to control the road traffic under that bridge.

A station was more than a halt. Stations had facilities including the ability to handle parcels and, often, freight. Lavington had both. Parcels were handled on passenger trains, but a yard and sidings were needed for larger items of freight. This included milk at Lavington. This photo of the station was taken from the goods yard. It was taken in the 1960s, not long before closure. 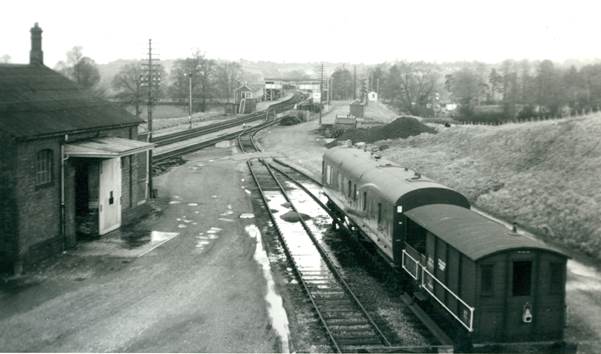 Lavington Station from the goods yard in the 1960s

The goods shed is on the left with the main running lines passing behind it. We can’t tell you anything specific about the carriage and guard’s van on the right. Back then, many goods trains were made up of wagons with no brakes. The guard, in his heavy van, was part of the driving team. He needed to know when the line was going uphill or down dale so that he could apply his brake to keep the troublesome trucks in order. That’s why a guard’s van is often called a brake van.

Further into the picture we can see there was a coal storage area. 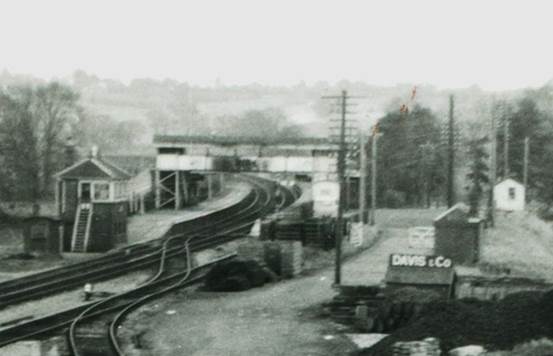 Davis and Co had the coal yard

We can see that Davis and Co made use of a coal yard at the station. They were the Market Lavington coal merchants.

We can also see the impact steam trains had on infrastructure. Look at the blackened paintwork on the station footbridge. That’s filth from steam engines on London bound trains.

The telegraph pole with, potentially about fifty wires is also a reminder of times past. Such sets of wires often made use of railway line sides and so a view from a carriage window was often of wires.

This is living memory, but methods of working fifty years ago seem impossibly outdated now.