From The Volunteer Arms

Today’s photo is a little bit careworn. It depicts the Market Lavington Home Guard from the Second World War outside The Old House in the village. 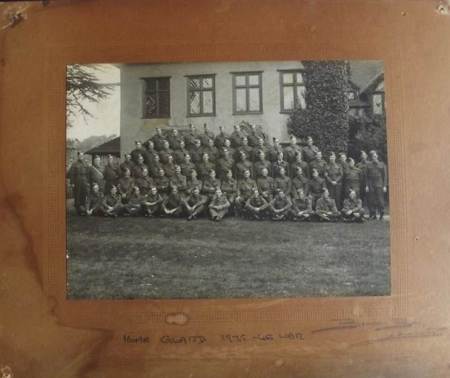 Several such photos were taken but this one depicts a much larger group of men than others we have at the museum. It was taken by Burgess Brothers of Market Lavington. We can zoom in on the men to make them more visible. 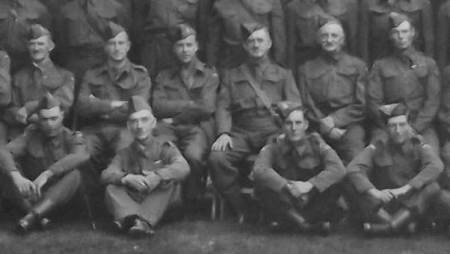 Close up on some men

But the origins of this image are only a part of its history. For many years this picture was part of the décor of The Volunteer Arms. It was given to museum founder, Peggy Gye by Mr and Mrs Withers when they left the pub.

No doubt some of the staining happened at the bar. One can imagine the chaps poring over the picture whilst inadvertently pouring drops of ale onto it. And the poor image would have suffered from nicotine staining from that time when people were allowed to smoke in pubs.

Now the picture has a good fighting chance for lasting for others to enjoy, in the museum.