A ragged bit of picture gives some idea of the scale of gardening that went on in past times. 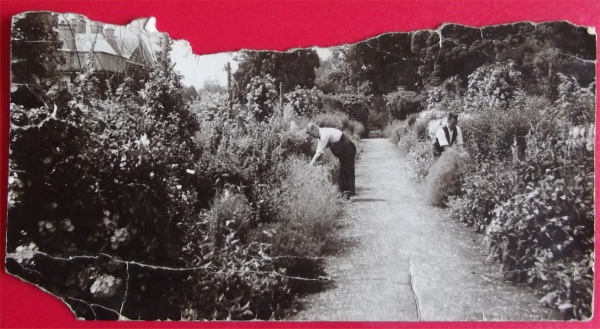 The scene is said to be Clyffe Hall, Market Lavington. Two gardeners can be seen, tending to the shrubs and borders that line a path. It looks quite a task to keep these borders in tip-top condition.

We do not think either of these gardeners are the head gardener at Clyffe Hall. Let’s take a closer look. 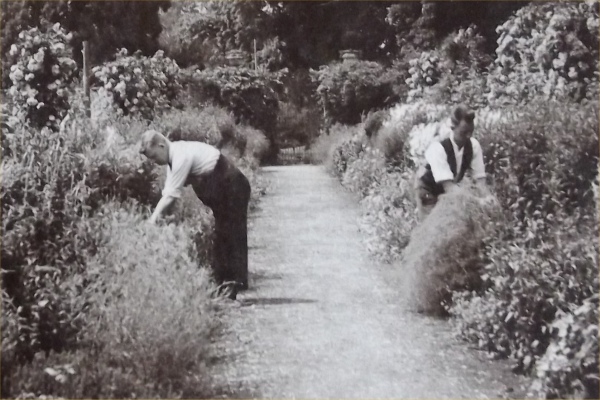 Bill Elisha of Market Lavington is on the right. We do not know the man on the left.

On the right we see Bill Elisha. Bill worked as a gardener at Clyffe Hall before his marriage to May Potter – the early 1920s. Bill, of course, later became chairman of the Parish Council, stalwart of the football club and very keen on poultry.

We do not know who the man on the left is. Do get in touch if you can tell us.