The Alexander family had a farm in the Southcliffe area of Market Lavington.

We think of Alfie Alexander as the founder of the Alexander dynasty, although, of course, the family really goes back years before him.

Amongst Alfie’s children there was a son called Deering and Deering had a son, Geoffrey, born in 1932. It is Geoff we look at today. The photo was taken in 1960 and shows Geoff with his wife, Val and baby daughter Mary Anne. 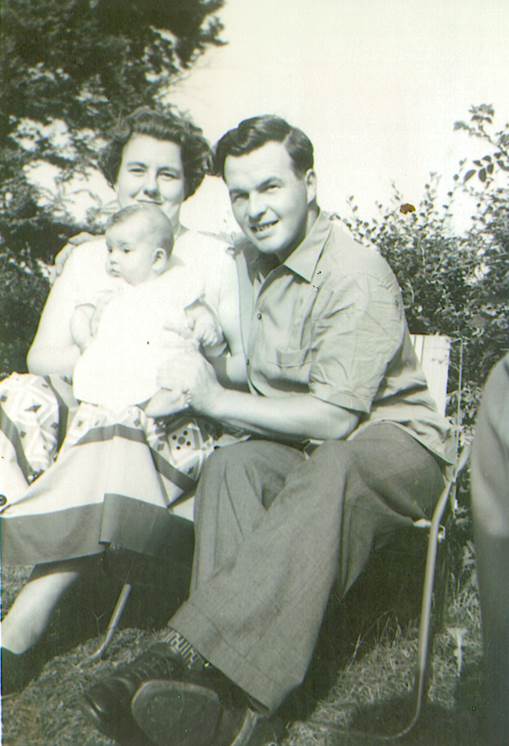 Geoff had married Val Baulcomb in 1954. Mary Anne was their first child, born in 1960. Paul was born the following year.