George Meech was born on Feb 26th 1846 in the area of Stoke Abbot in West Dorset.

In 1851 young George was living with his parents at Stoke Abbot. His father, Samuel was a dairyman and his mother was Lucy. The census says that both parents had been born in Stoke Abbot as well. There were six children at home – three older than George and two younger.

George married Fanny Stevens at the start of 1872 in the Wimborne district.   Fanny had been born in about 1846 at More Crichel in Dorset. Her parents were James and Mary and James was a shepherd.

Fanny can be found with her parents in 1861 and 1871. George and the rest of his family seem to vanish from the censuses.

The next time we find George is in 1881, but this tells us that his eldest son was born in Broughton, Hampshire in about 1873 and the next, was born in about 1879 at Eastcott in Wiltshire. George was farm bailiff at Pond Farm, Fiddington, at the time of the census. Fiddington had been an outpost of West Lavington but some sensible boundary changes had taken place by this time.

It is believed, that because George Meech was at this farm it became locally know as Meech’s or Meech Farm.

In 1891, George, Fanny and family were probably still at Pond Farm but by now this was regarded as a part of the new parish of Easterton. The census just says they were at ‘Easterton Hill’ George is still a farm bailiff and as well as Edgar, aged 18 and Ernest, aged 12, Minnie Ethel Meech, aged 11 has arrived on the scene, born at Eastcott.

A Photo appeared in the Shire Album on Shepherds and Shepherding custom by Art Ingram and it shows a shearing gang at Meech Farm in 1892. 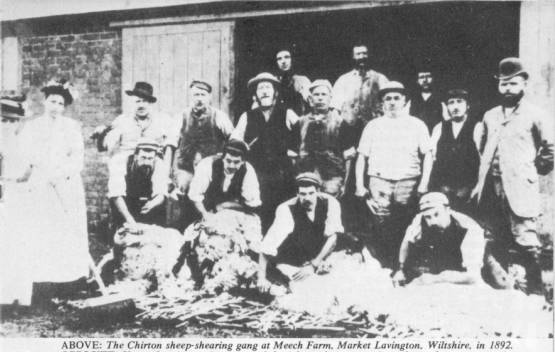 In 1901 George was at a Farm called Wadman’s Farm on The Sands, Easterton, No children are left at home, but Fanny’s mother, Mary Stevens, aged 86 is with George and Fanny.

Pond Farm appeared in postcards – thought to be from the Edwardian era. This one was posted in 1909. 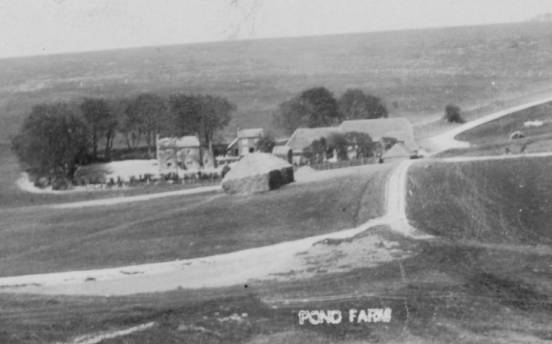 Fanny died in the summer of 1928. The death is registered in the Devizes district. 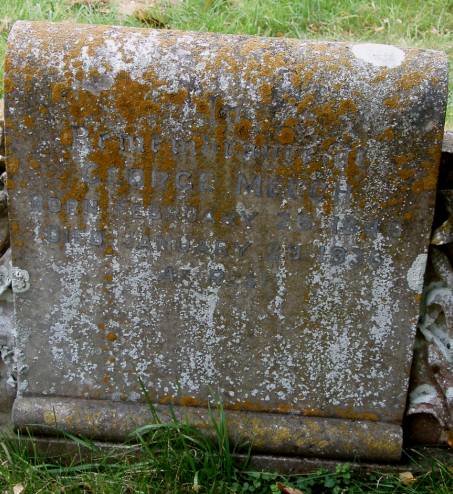