No doubt many an item was produced for people to buy, to remember the coronation of King George VI back in 1937. We featured a handkerchief last year and you can re-read that page by clicking here.

Today we feature two more items that may well have found there way to many a home. The first is a recording of the coronation service at Westminster Abbey. 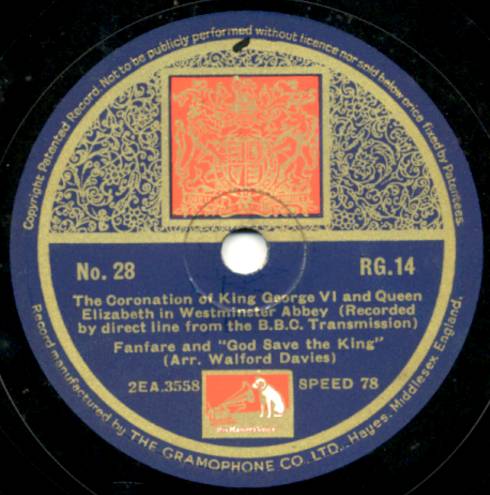 Label of a 1937 coronation record

Actually, this is probably one record from a huge boxed set for it appears to be number 28. Back in 1937, we were still in the days of the old, brittle 78-rpm records. About 5 minutes was the absolute maximum play time per side of record. How things have changed! This record belonged to a Northbrook resident.

Our other item is a very elegant glass. 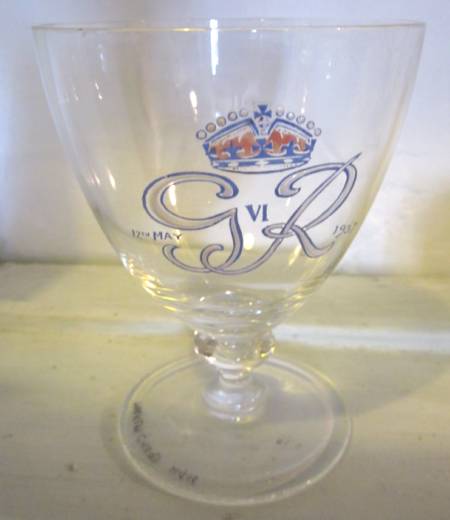 This item will be on display, in the museum, for our 2012, ‘Royal’ season. It once formed part of the décor of Clyffe Hall when it was a hotel.