Gospel Meeting in the 1920s

When the Gospel Preachers drove their horse drawn van into Market Lavington it was big news in the parish. For a couple of days there would be free entertainment on the recreation field – fun for all the family.

We can picture the van arriving, crossing over the stream at Cornbury Bridge, climbing up Clyffe Hall Hill – hardly noticed these days in a car – and arriving on The Spring before turning in to ‘The Rec’ which used to be the field behind what is now Shires Close.

Once there, they set up their gear and the crowds streamed in. Whatever your religious viewpoint, the crowds drawn can only be marvelled at. 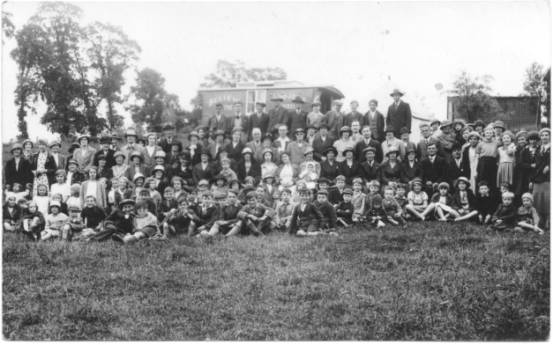 Let’s zoom in. People cover some of the van but we can pick out words ‘believe’ and ‘Jesus Christ’ 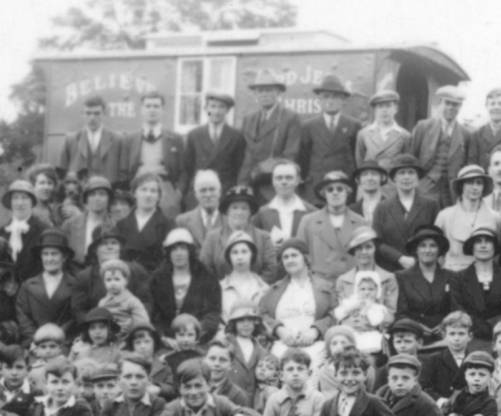 Close up on the Gospel Meeting photograph

These meetings drew people of all ages but, no doubt, the end of such events was nigh, as first the wireless and, later, television put an end to such homespun entertainment.