It is not the first time that the Doubledays have featured on these pages. You can click here to read about Mrs Doubleday – born Ellen Maria White who is our Grandma Doubleday.

Today we feature one of her domestic artefacts – a jelly mould. It is believed to date from about 1910. This means it would have been bought in Wellingborough or Brixworth in Northamptonshire and would have come to Market Lavington when the family moved here. Almost certainly, the mould moved to Trowbridge for it was given to the museum by a grandson of Mrs Doubleday who lived there. 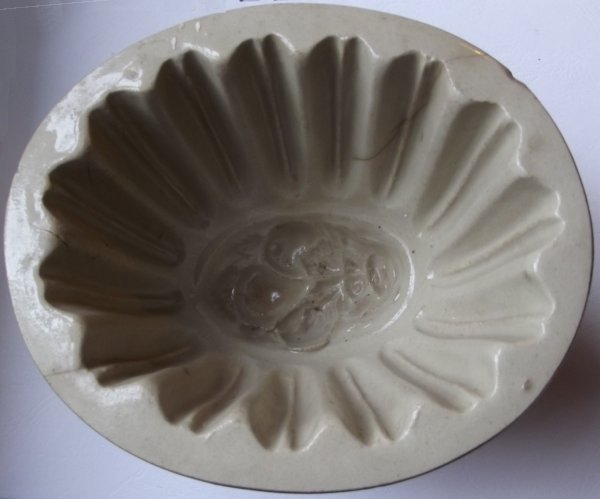 This mould is made of glazed earthenware and would produce a fluted product with a flower motif on top. 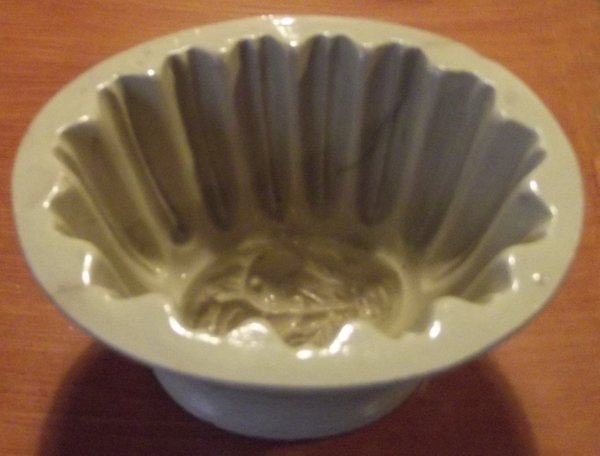 Some of us like to imagine that a recipe that came from another grandson of Mrs Doubleday might have been made in this mould. The recipe for Grandma Doubleday’s Potted Meat appeared in a 1970s publication which was fund raising for glazing at St Mary’s Market Lavington. This recipe has become a winner at our Museum Miscellany events each year. 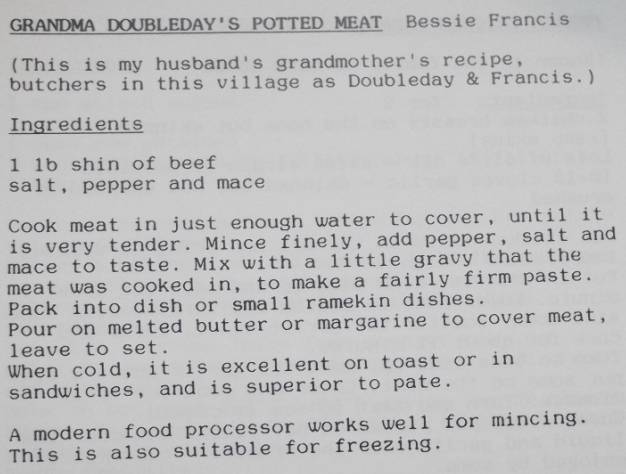 We are informed by cooks who know that almost certainly a mould like this one, with its fancy decorations, would have been used for sweet jellies. But we can dream quite happily of the potted meat!