It will come as a surprise to many to realise that 1962 was 50 years ago. To people of an older generation it may feel like it was only yesterday when Harold MacMillan was Prime Minister, and when The Tornados number one hit, ‘Telstar’ marked the start of trans-world TV images.

And in Market Lavington, a black and white photo recorded the existence of Grove Farm. The photographer chose an interesting angle with a rather overgrown yard in the foreground, what looks like a run down seed drill and some austere corrugated iron buildings in front of the farm house. The proximity to St Mary’s Church is very clear in the picture. It looks like something from a past  world – which indeed it is for many people. 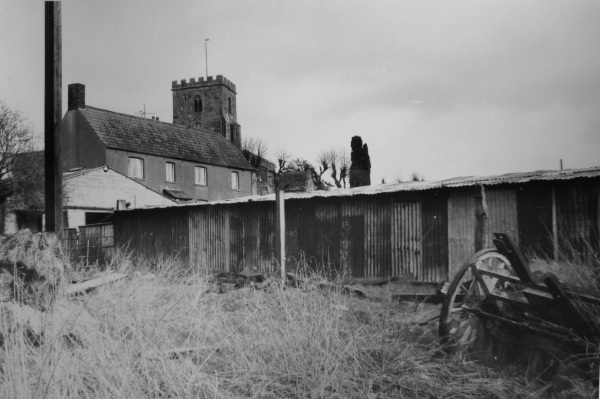 Grove Farm in its Market Lavington setting in 1962

We know that Grove Farm was an active dairy farm. We know that Ron Francis, the farmer, did a milk round with two buckets of milk on the handlebars of his bike. We know that a Market Lavington land girl called May Cooper assisted him during World War II (and you can hear her tale of a milk bike collision with Robin Burgess, the photographer at this year’s Museum Miscellany on September 15th). The farm was busy and active .

Now, of course, the Community Hall and its car park occupy the site shown here. The former farm fields have housing on them so this is a much changed part of the village.