Guide leaders in the Market Place

We love this photo although it isn’t the sharpest we ever saw. But somehow it seems to capture a past age. 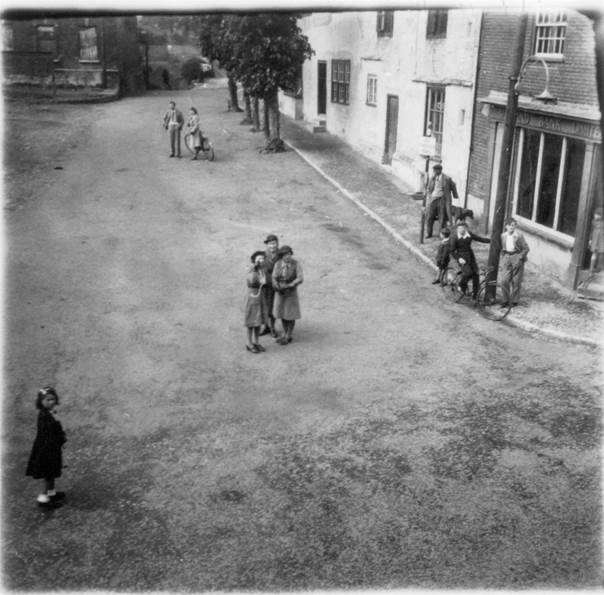 This was part of a collection of guide photos which had belonged to Bessie Francis, one time guide leader. The three guiders in the middle of the photo were clearly the intended subject, but the surroundings also speak to us.

The first thing to say is that there is not a car in sight and standing in the road to chat, pose or just be there. It wouldn’t be like that these days for cars park in a marked out spot on the right and despite the road being ‘no through’ there’s a steady stream of traffic on it.

Next, the vantage point for this photo has gone. It was taken from the room above the carriage arch which once stood over the entrance to Woodland Yard.

We’ll zoom in a bit. 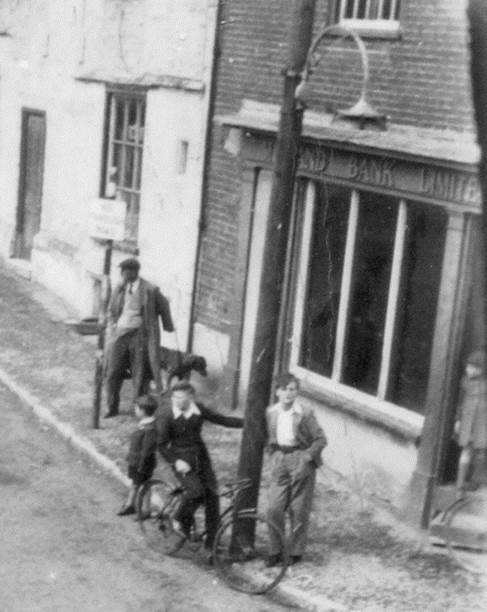 You have to admire the cool dude who is leaning on a lamppost at the corner of the street although maybe he just had an eye for the photographer here, rather than for a certain little lady. We can see that on the corner at that time there was the Midland Bank. This is roughly where the chemist is now although it is an entirely different building.

The chap behind the lads is by the sign which says ‘no through road’. 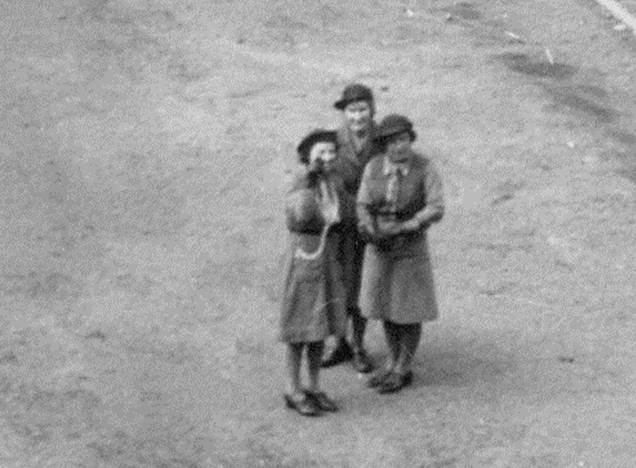 The three guiders. The photo quality (and/or our knowledge) doesn’t let us identify them. 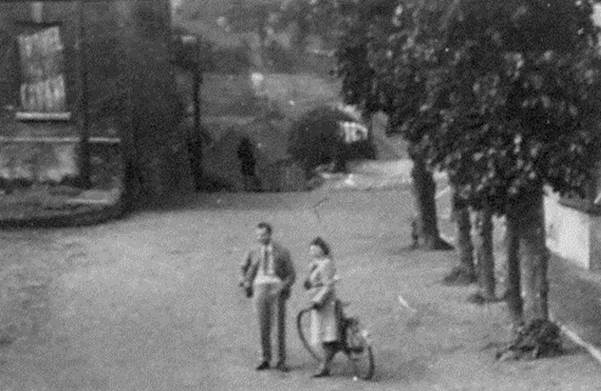 A chat in the middle of the road

Two more people and behind them the hill leads down Northbrook with The Terrace to the right staying on top of the hill. The notice on the window to the left of Northbrook says, ‘travel by coach’ and this would have been put there by Fred Sayer.

And finally the little girl who got in the photo 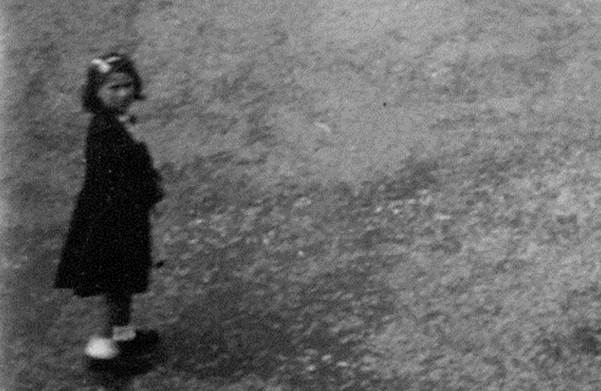