From time to time a really lovely photo turns up at Market Lavington Museum and this one, just given to us, is a wonderful record of a part of the village, as it once was. It’s an aerial photo and we do not know who took it so we’ll guess at Peter Francis who very much enjoyed his photos from above. At the heart of the photo is what might be described as Gye’s Yard. 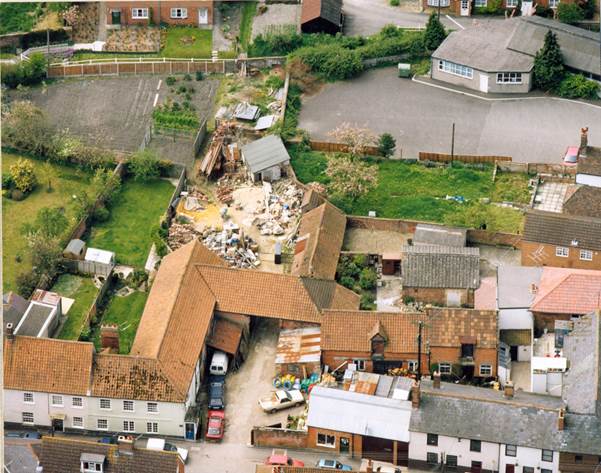 In the immediate foreground we are looking down on White Street and we look straight into Gye’s Yard which has a van, a pickup and a couple of cars in it. On the near side of the road in the left corner are numbers 11 and 13 whilst opposite them are the Old Malt House and number 12. 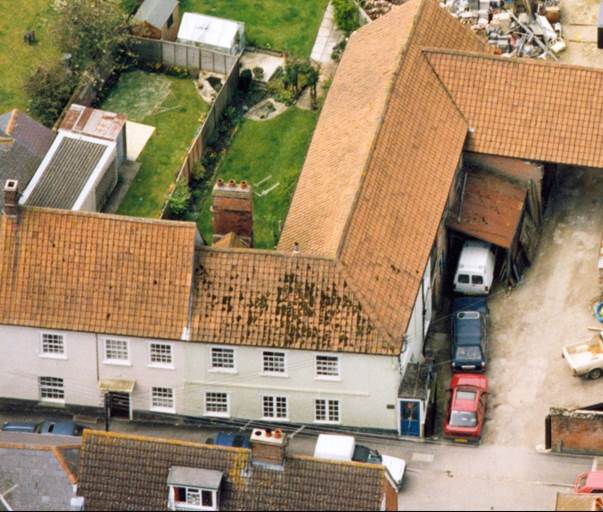 Through the archway we get to the ‘store’ – where the Gyes kept bricks, tiles, etc. 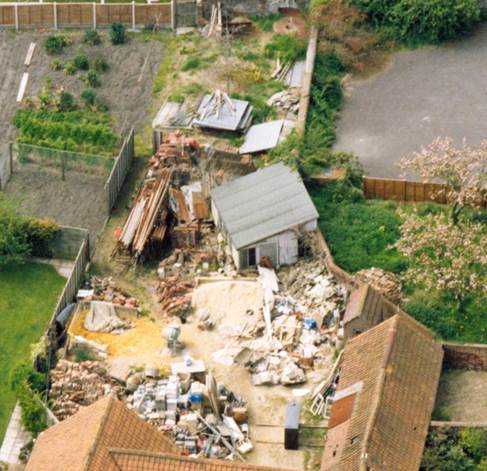 At the back of Gye’s Yard

At back right we have the end of the Sutech building which was once the site of Mr Milsom’s garage and which is now the area where Milsom Court stands. 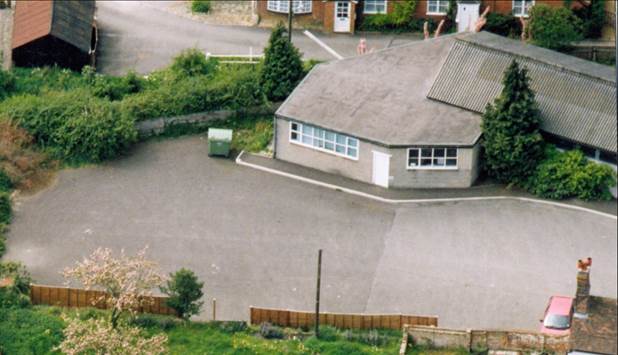 This area is where we now have Milsom Court

Beyond we can just see the bottom of houses on The Muddle. 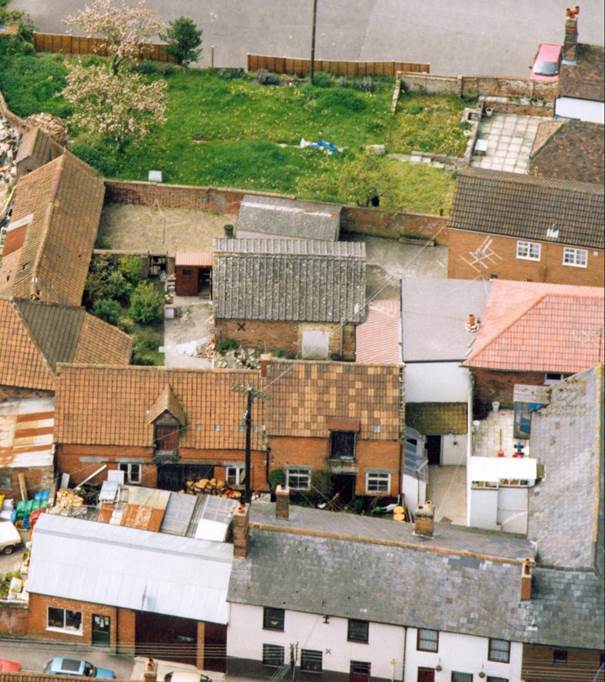 Near the cross roads in Market Lavington

The bottom right of the photo gets very close to the crossroads. The tile hung building at the extreme bottom right is now Saint Arbucks. Behind that we can see the little ‘roof garden’ which was on the back of Peter Francis’s photographic store. At the left hand front of this photo is the single storey building which later became Lavington Services. Sadly we no longer have a hardware shop in the village.

It may not all have been the tidiest part of the village, particularly when viewed from above, but what a wonderful photo.

Unfortunately, we don’t have it dated. We think it could be the 1980s.