As we approach opening day for the new season, it is time to remember that Easterton was once a part of the parish of Market Lavington and is very much included at Market Lavington Museum. Recent acquisitions have included artefacts and photos connected with the jam factory. A recording – part of our oral history project has been made about work in and around the jam factory as well. 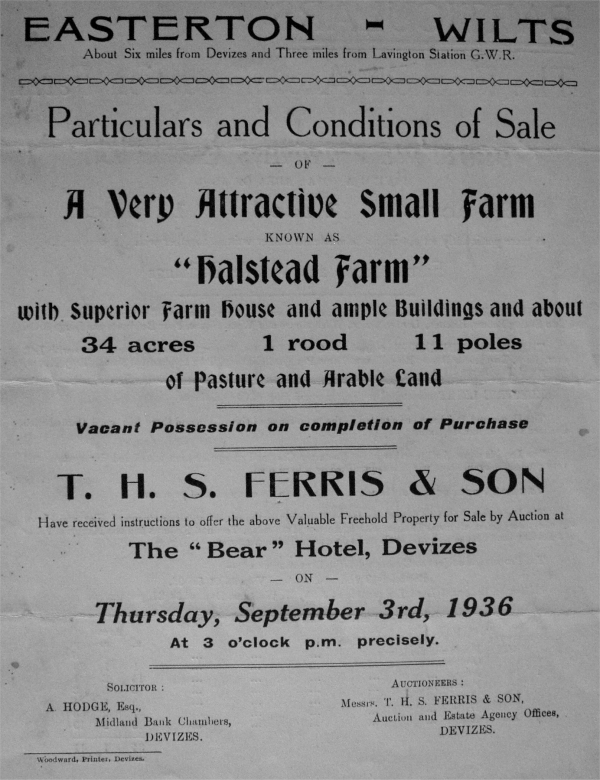 Halstead Farm, for sale by auction in 1936 – a poster at Market Lavington Museum

But for our reminder today we are looking at one of the High Street farms – Halstead Farm which is sited near the junction with Kings Road. In particular, we have an advert for the sale of the property in  1936.

At this time Halstead was very much a working farm. These days it would have been regarded as very small with its 34 acres 1 rood and 11 poles. An acre was 4840square yards and a rood was a quarter of an acre. A pole was the very odd size of 30¼ square yards. It all adds up, in modern units to less than 14 hectares.

The Farmhouse is now just a house. New buildings have been built on the old rick yard but it remains an attractive 18th century dwelling. 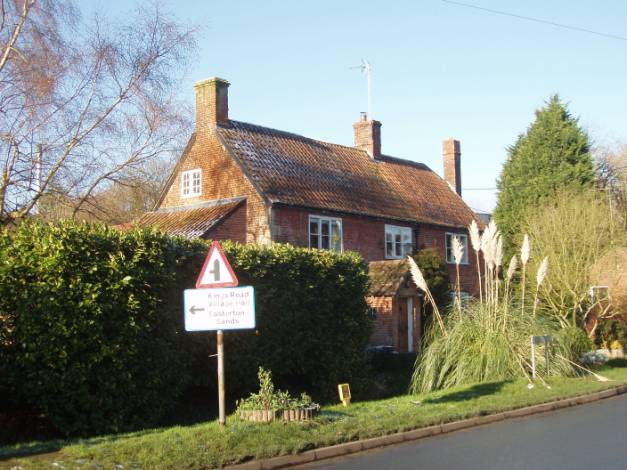