Oh, the dangerous effect of the open fire on the exposed flesh of the face! A lady must protect herself from this. What you needed was a hand held fire screen.

Such devices looked a little like a fan. They had a handle, and on top of that a roughly face shaped frame with a thin screen of material stretched across it. It ended up looking a bit like an oversized table tennis bat.

We have a couple of Chinese examples at Market Lavington Museum. They were donated by a White Street resident.

They have similar, but not identical printed images on them. 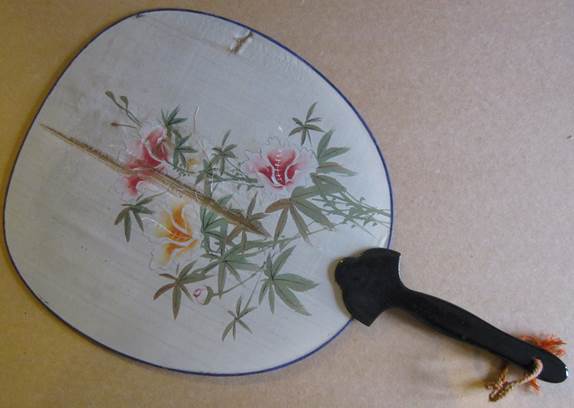 That’s one of them – it has damage, as can be seen.

The other is very similar. They were probably first bought as a pair. 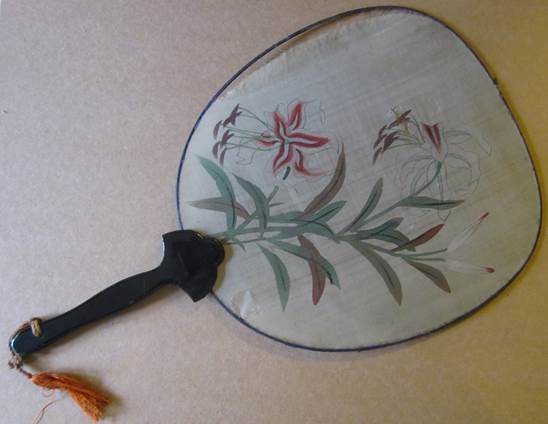 Hey were simple to use. You just held them so that the direct radiant heat from the fire was not able to hit your face.

We believe these screens are Chinese in origin. They probably date from the very early 20th century.