Back in the 1970s and 80s the Market Lavington Church Fete was a garden based fete, often at Beech House. A children’s entertainer was laid on and here we see the 1976 children watching the unknown 1976 entertainer. And we see almost universally, the smiling faces of happy children. 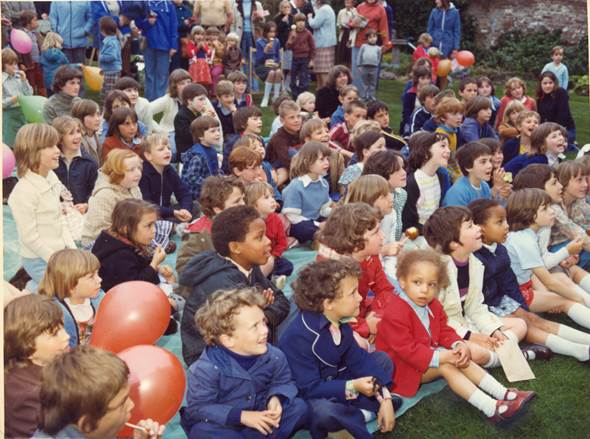 Happy children at a Market Lavington Church Fete in 1976

Some of us think it is sad that these days children might expect something on an altogether grander scale. They are spoiled by seeing the biggest and the best on TV.

Let’s move forward almost twenty years to a time when some of the 1976 youngsters would have been in their early twenties and thus could have had babes or toddlers to take to similar events. And here is a local event for children. 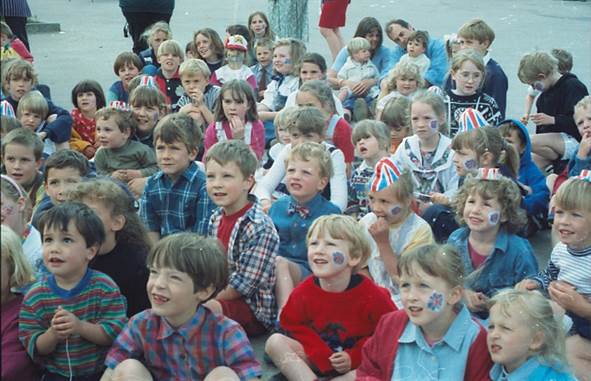 Celebrating the 50th anniversary of VE day in 1995

This is clearly a patriotic event – note the union jack hats and face painting. There looks to be more an expression of awe and wonder on many of these faces but the unknown entertainer is clearly holding the interest.

We don’t have the precise location for we only have a negative for this image. Other negatives in the set definitely show diners at a 1945 VE day celebration meal so we assume this was taken on that day. 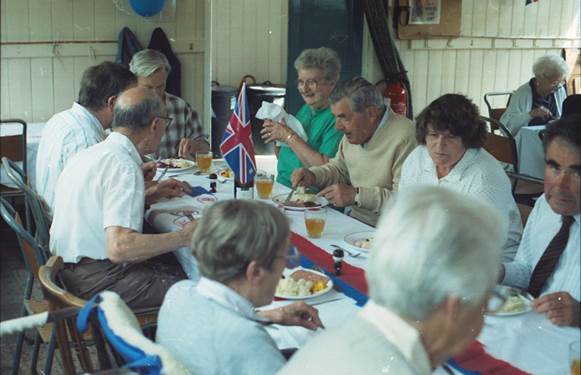 This one shows Peggy, our museum founder, (wearing green) tucking into her meal of corned beef and mash.