Yesterday, we looked at a letter regarding the retirement of Mrs Elisha from her teaching post at Market Lavington School. Today we are looking at an invitation to attend the retirement party of Harry Greening.

Harry was the founder head of the secondary school in Market Lavington (but serving a wider community). 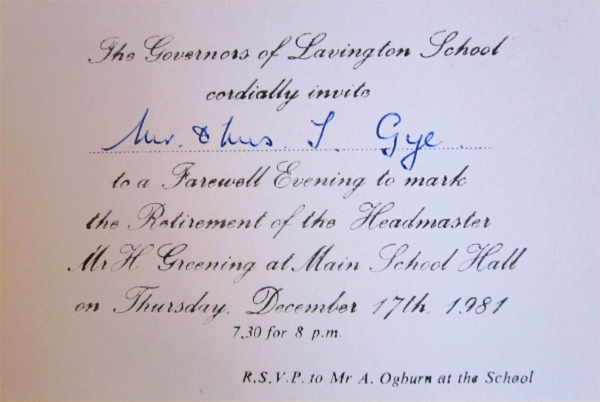 It will seem amazing to many locals that it was as long as thirty years ago that Harry retired. He remained active in village affairs – notably gardening and the annual produce shows of which he was a very successful stalwart. Sadly, Harry died on Christmas Day in 2010. He was 89.

Harry was born and raised in South Wales. He was active in World War II, serving in the navy and commanding a landing craft, ferrying troops ashore at the D-Day landings.

When demobbed, he took a teacher training course. He obtained employment at Broade Chalke, near Salisbury where he was also responsible for founding the cricket club.

In 1962 he came to Lavington School. Amongst the features he created was the very successful school farm. He also organised a very successful link between his Lavington state comprehensive school and the nearby independent Dauntsey’s School. Under this agreement, the two schools shared some teachers and facilities and those students who gained sufficiently good grades at age 16 could get a county paid place at Dauntsey’s for their 6th form.

It is, perhaps, sad to report that initiatives from elsewhere have ended both of these initiatives.

Towards the end of his life Harry’s eyesight failed but he still got to the village produce shows and his onions were always brilliant! 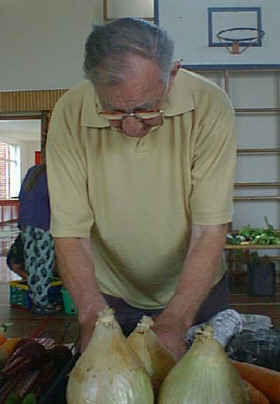