Strictly speaking, this harvest was in a much older style than the norm back in the 70s. Our present curator, newly arrived in the village, took the photos. Originally they were colour slides taken on his old Canon Demi camera which took 72 photos on a 36 exposure film. Each photo was just 24 by 18 millimetres in size.

August 2012 was not an outstanding time for harvest in the Lavington area. There was much heavy rain making life difficult for farmers.

1976 could not have been more different. This was the year of the drought; the year when some parts of the country saw standpipes in the street and the house supply of water cut off; the year when England’s green and pleasant land turned brown and parched; the year, when the rains finally came, that we all stood out in the street to enjoy it.

So it was an easy year for harvest. There was no need to wait for wet crops to dry out. There was no need to use expensive driers to make sure the grain was safe to store. We imagine the grain yield was poor for there had been little rain to plump up those vital seeds. But one local farmer, Roger Buckle, was also harvesting the straw for thatching and the straw cropped well. 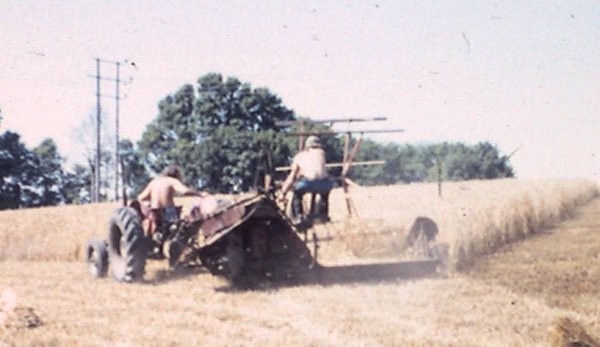 Binder at work in Market Lavington in 1976.

This is the binder at work. Combine harvesters scrunch up the straw, but the binder neatly cuts the crop and keeps the stalks straight. 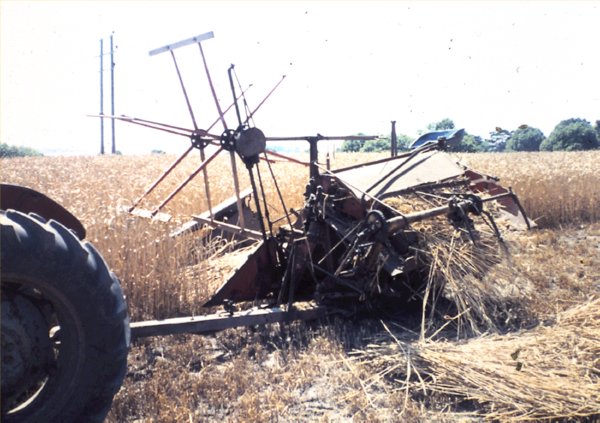 The binder – it delivered neat sheaves of corn down the chute and onto the ground. It looks as though it has stopped because the string has run out. 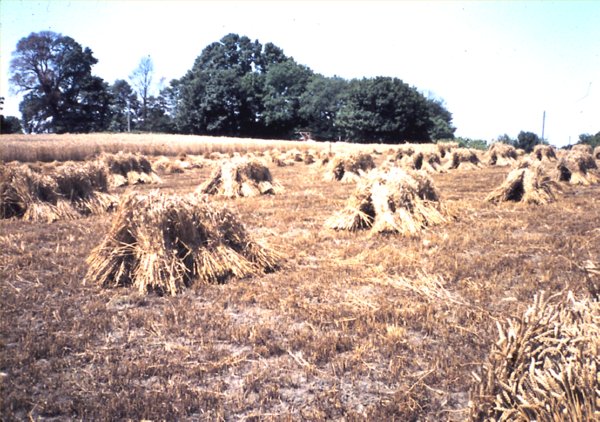 Followers gathered up the sheaves and stood them up in collections called stooks.

In 1976, there was no need to build stacks to store the sheaves of wheat. The thresher could be set up in the field and the crop could be brought straight to it. 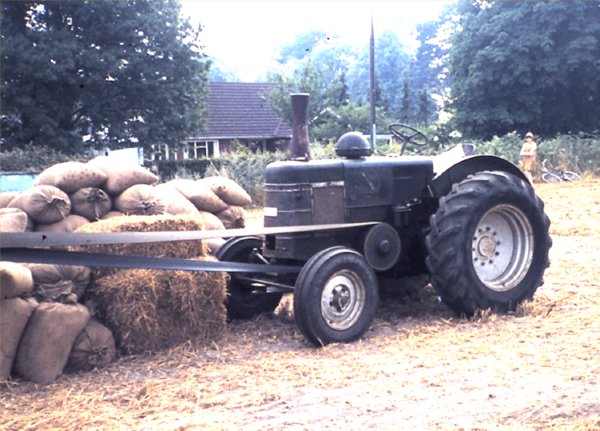 The Field Marshall tractor was used to power the threshing machine.

The Field Marshall is connected with an unprotected belt to the threshing machine. Sheaves are passed up, from the trailer, to the cutter who removes the string from the sheaves. The feeder (Roger Buckle) puts the stalks into the mechanism. Sacks contain the corn, The bundles of straw (yealms) are on the right, ready for the thatcher.

An addition on the end of the threshing machine was the reed comber which bundled the straw into the yealms, as used by thatchers. 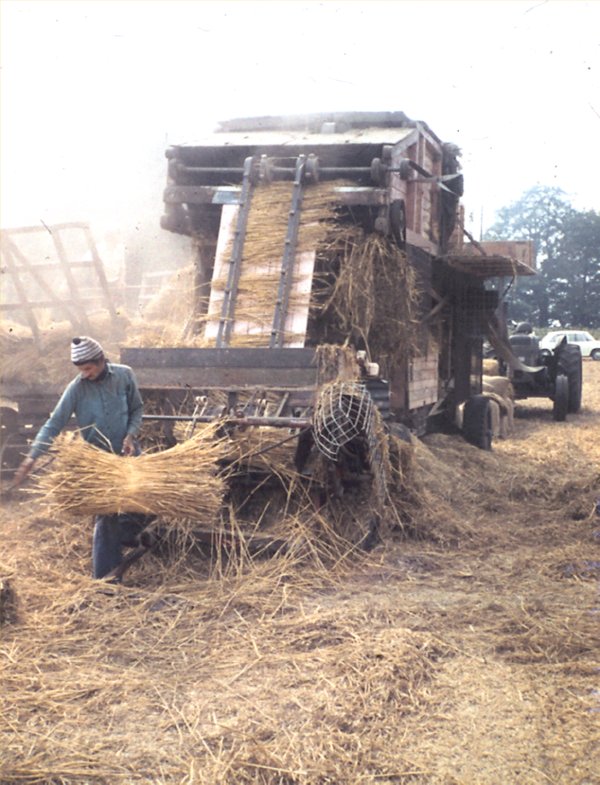 The reed comber on the back of the threshing machine. This collected the straw into yealms.

Even in 2012, you don’t have to travel far to see the same process. Fields around Marden have been cut with the binder, but this time the stooks have had to remain standing.