Harvest Festival, Then and Now

Yesterday, a regular annual event was celebrated by members and friends of Trinity Church. This was the church’s celebration of the safe gathering in of the harvest of the year.

Back in about 1910, a photo was taken of a harvest festival at the Congregational Church in Market Lavington. 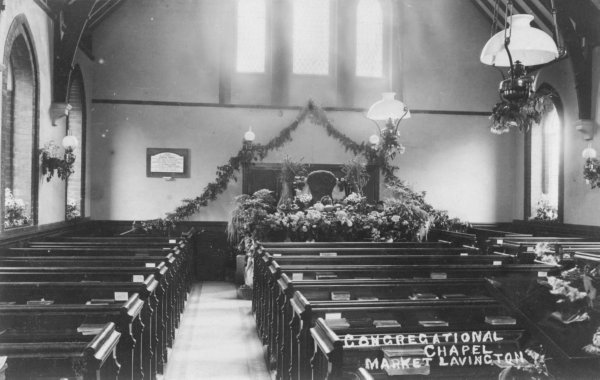 Harvest Festival at Markat Lavington Congregational Church in about 1910

The display is not all that clear, but we can see it features fresh produce and flowers. Flowers also adorn (rather riskily perhaps) the attractive oil lamps that were then in use to add light to the scene. We’ll zoom in on the main collection.

Close up on the display of produce in 1910

And now we’ll move on 100 years to October 7th 2012. The Congregational Church have combined with two local Methodist churches to form Trinity, and then decided to sell off the old church, seen above. Instead they hold services in Market Lavington’s Community Hall. 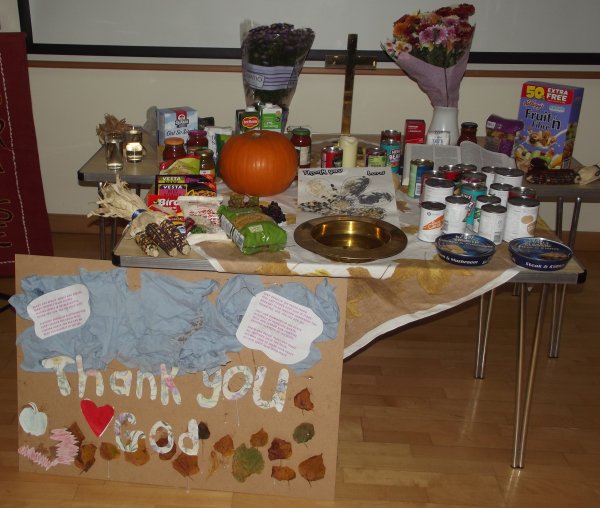 A very different display in Market Lavington Community Hall in 2012. This was for Trinity Church’s Harvest Festival.

Here are many differences in the 100 years. Today’s display of gifts reflects less of the immediate products of the soil and more convenience foods. This makes sense since most of the food will go to food banks for distribution at some time in the future. Fresh foods would be a problem. Tinned and packaged products are much more appropriate for food banks.

There is also clear evidence of input by youngsters, some of whom were busy bread making during the service – bread which was a part of the sumptuous feast offered to participants at the service.

And how good of the church to invite museum curator, Rog, to do a short presentation on Harvests in Lavington as a part of the whole event.