Farming always looks to be a lonely business these days with one person, alone, in his or her air conditioned cab. In the past some aspects of farming were much more social and one of these was haymaking.

This picture shows more than a dozen people during a lull in proceedings at Knapp Farm. This picture dates from the 1920s. 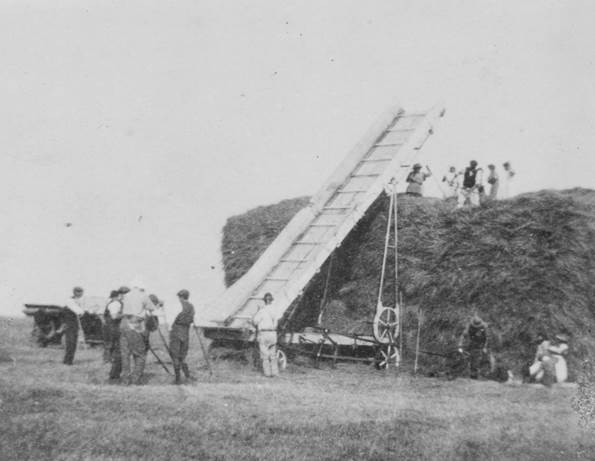 Haymaking at Knapp Farm, Market Lavington in the 1920s

Clearly, another wagon, laden with the vital winter fodder is due to arrive at which point the chaps on the ground, contentedly leaning on their pitchforks in this photo, will set to, transferring the hay to the elevator which will carry it up, well above head height of the people on the stack who will work to hove the dried grass to the required position.

This picture is not sharp enough to allow us to recognise any of the people. We think Henry Davis may have held the farm at this time so he may be one of the men shown.