Market Lavington Museum was recently given a small brass plaque. We’d like to know more about it. 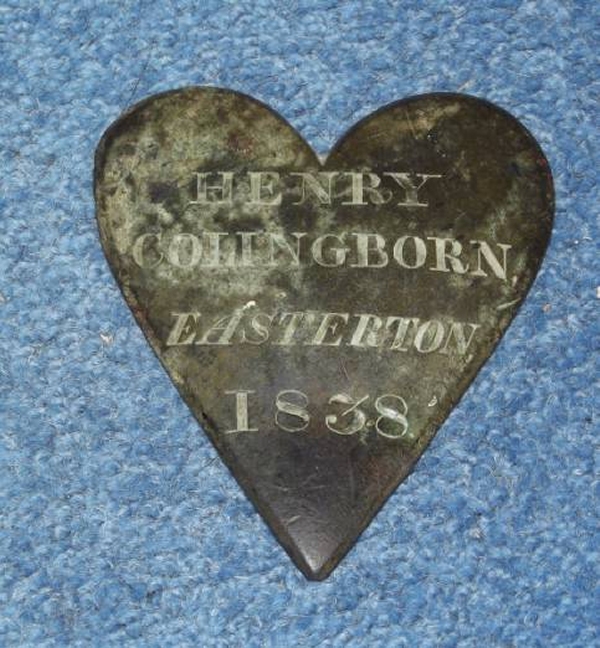 As can be seen, the plaque is heart shaped. It measures about 9cm tall and 7 wide. It is engraved

The back of the plaque shows five marks where it was joined to something else. 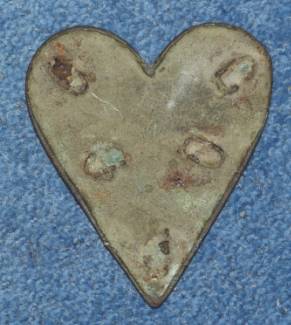 The back of the plaque

But what was that something else. Suggestions for the plaque include:

We’d like to know more about Henry as well, but we’ll start by suggesting that his surname was normally Collingborn, with two ls.

We know a John Collingborn was an elector in 1836 by virtue of land he owned at Easterton which he occupied himself.

What a shame there is no surviving 1841 census. That might have provided vital clues.

If anybody can help us with any information here, whether about the likely use of the plaque or about Henry, then do get in touch.