On the face of it, you could be tempted to say that Henry Hooper was a big time toper. The amount of ale got through looks to be enormous on this bill. 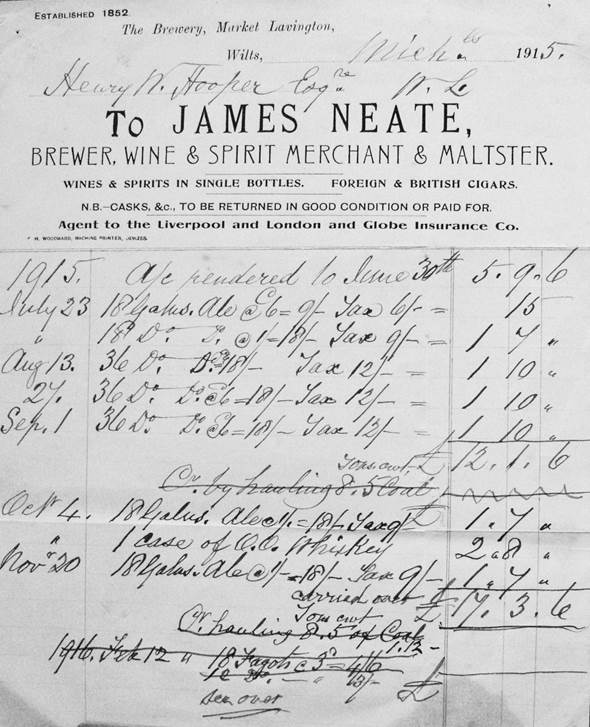 Henry Hooper received this bill for drink in 1915

The ale was supplied by James Neate – in business in Market Lavington since 1852. This bill was delivered to Henry Hooper in 1915. If we have added it up correctly, Henry received 180 gallons of ale in a four month period – plus a case of whiskey.

Interesting to note that the tax cost was a third or more of the price 100 years ago. Of course, the Great War was in full swing at the time and no doubt money was needed from all sources.

The truth is that Henry Hooper was a farmer and employer of men in West Lavington. No doubt much of the ale was for the men.