This is another in the collection of letters and bill heads received by Mr Sainsbury of West Lavington Manor although perhaps in this case it was his wife. 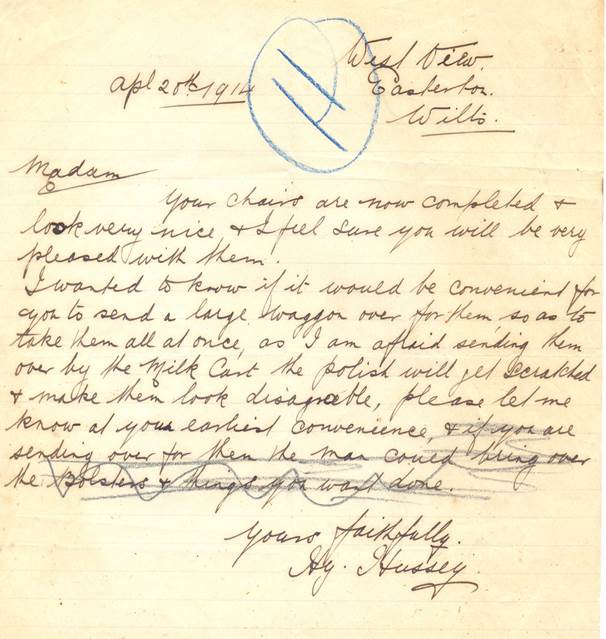 A letter from Hy Hussey of Easterton in 1914

‘Madam’ is being requested to send a large waggon to collect her chairs. We do not know if Henry Hussey made them or refurbished them, but he sounds very pleased with them.

Henry was born in Market Lavington in about 1868. His father was a master cabinet maker and Henry followed him into this business.

Henry, or Harry as he is called in the marriage register, married Agnes Andrews in 1893. The 1911 census tells us they had five children of which one had died. The census tells us that Henry was working as a cabinet maker at Fiddington Asylum, but he also ran a taxidermy business from home.