The recent Easterton Remembrance Lunch was a truly lovely affair. The local chefs had produced a wonderful array of curries and other dishes for the main course and a truly sumptuous assortment of desserts to follow. The Easterton hall was packed to capacity and, although the day is sombre in that we are remembering those who died as a result of war, the chatter was all jolly and cheerful.

The special diners were members of the Pinchin family who live in Staffordshire. They had brought along some memorabilia related to Herbert, their relative, who was the first person from our parishes to die in World War One. He has already featured in the first of Lyn Dyson’s monthly reports which you can read by clicking here.

Let’s start with a photo of Herbert which the family found. It’s a newsprint photo so lacks some quality. 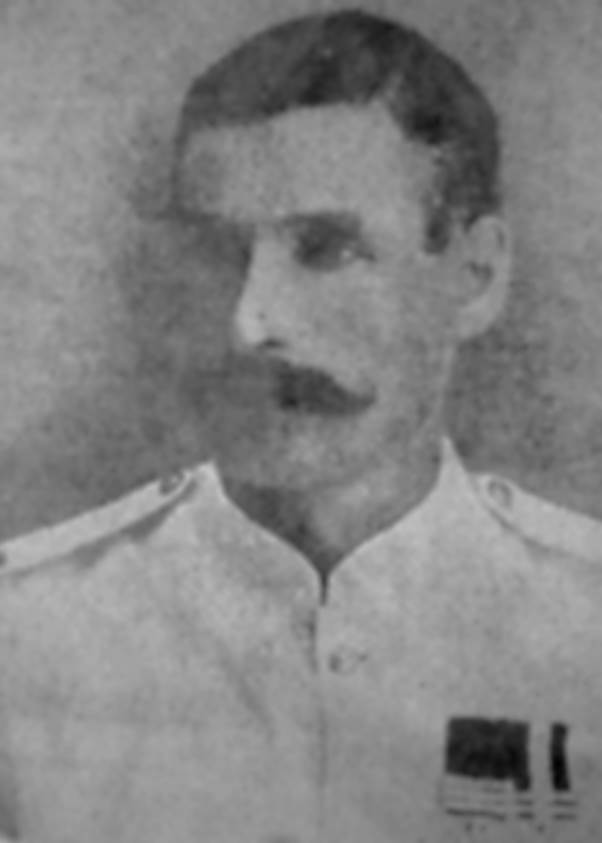 Herbert Pinchin who was raised in Easterton

Herbert had been a professional soldier and the photo shows him with medals from his time in South Africa.

A small report was issued alongside the photo.

The fact that Herbert received his fatal injuries at Mons was noted by a recently arrived Easterton resident who had been living in that French town. He was wearing a French blue cornflower which is their remembrance symbol along with his British poppy. He felt Herbert should have the cornflower and this was added to Herbert’s little case.

The family have other items which may well appear on this blog in the future.