Following yesterday’s look at a bit of the High Street in Market Lavington in 1911, let’s go back a few years and see the centre of the village in 1904.

Today’s photo is captioned High Street, Market Lavington but in fact the photographer is standing more or less outside The Volunteer pub on Church Street. What we see is the main crossroads in the village, sometimes called Lamb Corner and then a view up the High Street from there. 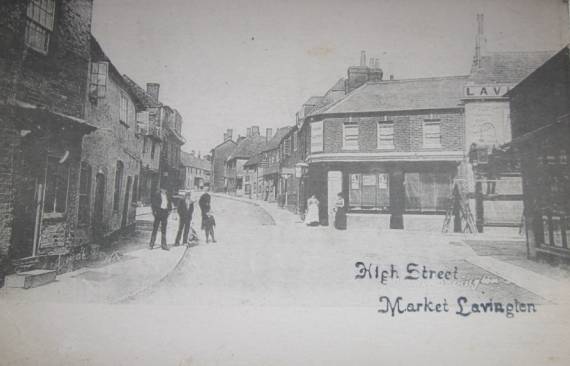 The card was posted from Chippenham to a Mrs Amoore (possibly a mistake for Amor is a common local name) in Wimbledon Common, London. 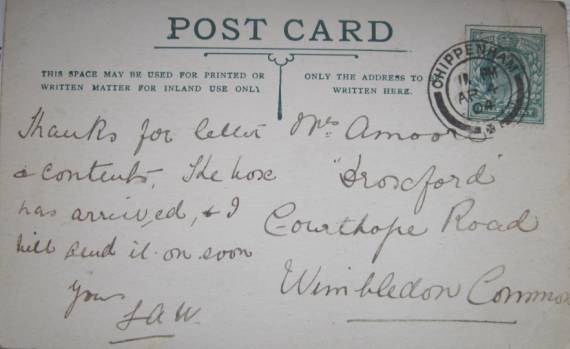 The postcard was sent from Chippenham to Wimbledon

Let’s look at the image in more detail. 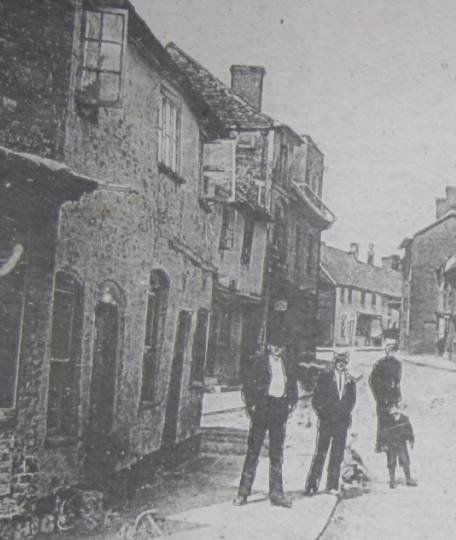 Men and a boy outside a long-gone cottage on the corner of Church Street, Market Lavington

This group of men and a boy are standing outside a cottage which no longer exists. It was removed some 80 years ago to improve visibility at the crossroads.

The entrance to Mr Walton's shop on the corner of High Street and White Street, Market Lavington

Two ladies stand outside the door of Mr Walton’s Cash Supply Store right on the corner of High Street and White Street. At the extreme left we can see the sign for the Kings Arms pub which, in the early months of 2012, was under reconstruction to a dwelling house with scaffolding up to allow for some re-roofing. Just this side of The Kings Arms is The Red House.. It was here that James Neate ran his wine and spirit business. He also had a brewery. His outlet for beer was a small pub on White Street, The Brewery Tap. 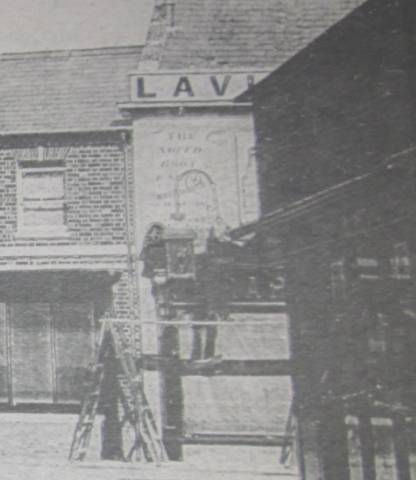 Workers on Mr Walton's shop, one of several which bore the Walton name in Wiltshire

On the edge of White Street we can just make out people on a raised plank. They could well be putting out a display of goods for Mr Walton. The large writing seen above the men says LAVINGTON HOUSE – Mr Walton used that name.

At the extreme right is a building on Church Street which had once been The Lamb Inn – hence the Lamb Corner name for the crossroads. And having now mentioned four pubs within a space of a few yards of each other, no wonder there was a time when Market Lavington had a reputation for drunkenness.

Incidentally, there are still two active pubs in the village – The Green Dragon and The Drummer Boy.