High Street from on high

This is certainly an unusual angle for a photo. It must have been taken by a workman on the roof of the Workman’s Hall. It’s a shame the light got in. It sometimes happened when a 35mm film was wound into the cassette – particularly to a first picture taken on a film. It’s also a shame there is damage on the other side of the picture but it still creates a good scene. 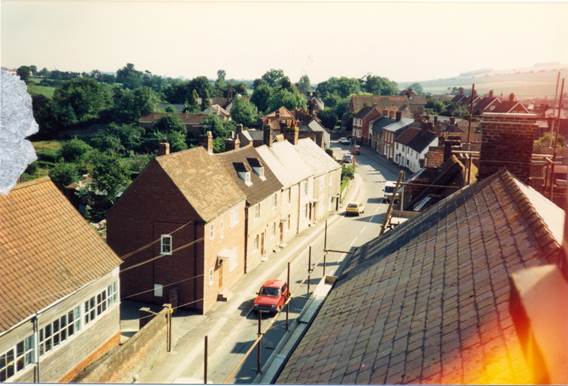 High Street from the roof of the Workman’s Hall – 1980s

Let’s attempt to date the picture. The fact that it is in colour almost certainly means the earliest it comes from is the 1970s. Zooming right in we think the red car has a V registration. These were issued from August 1979 so that probably makes the photo a 1980s one.

On the left hand side there is the former Parish Room built in 1908. It was demolished in 1996 to make space for extensions to the nursing home. Its demise was regretted at the time, but these days, with our wonderful Community Hall – well equipped, well heated and with a car park, we can all see that time was up for the old room.

We look along High Street towards and beyond the old Congregational Church – who now make use of the Community Hall. 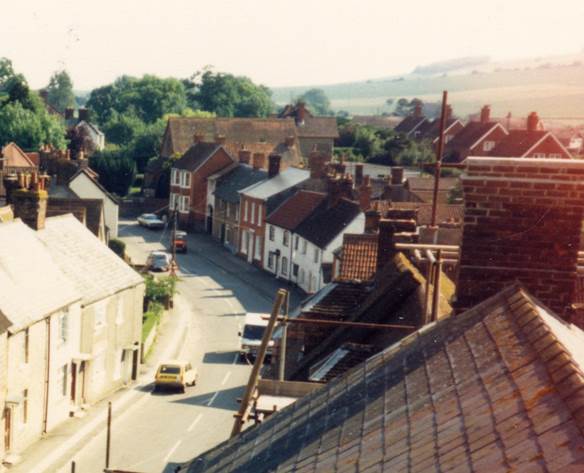 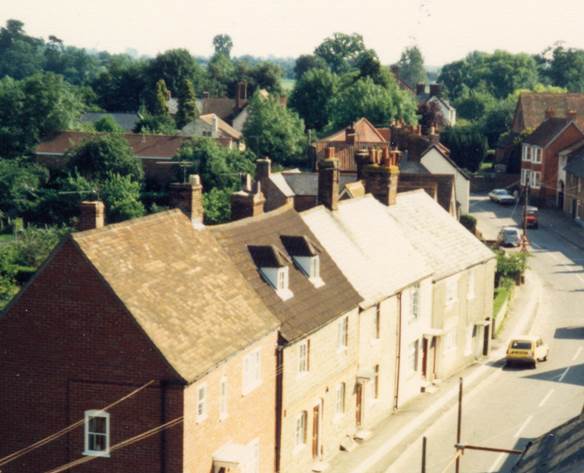 We can also see some of the mysteries behind the even older chapel on the left with Ivy Lodge peeping through the trees.

It was very thoughtful of the photographer to make use of his vantage point for this photo.