High Street – then and now

Today we are going to compare two photos of the High Street in Market Lavington, both taken from the crossroads and both in colour.

The first dates from about 1910. The original photo would have been monochrome, but an artist has added colour. No doubt it is reasonably correct, but cannot be assumed to be as good as a colour photo. 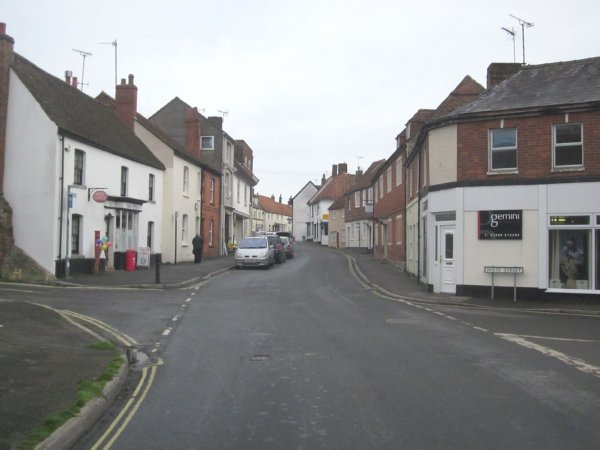 The big change, over 100 years, is that the building on the left in the 1910 picture has gone. That went to improve visibility for motorists, at the crossroads. It was demolished in the 1930s.

So, in the new picture, taken on 20th October 2012, the first building on the left is the Post Office. This is half hidden in the older shot.

Otherwise, the buildings all look much the same. Some chimneys have been removed and of course, in some cases, the use of a building has changed.

The other big difference is in people and cars. Back in 1910, the photographer probably organised the people in the photo. Clearly, standing on the road at the main intersection in Market Lavington was no problem. Wheeled transport is represented by a bicycle and a pram.

In 2012, the photographer had to take extreme care and accept very little time to line up the shot before dashing back to the safety of the pavement. There are some chance people in the photo. There is also a line of parked cars. Yellow lines indicate areas where parking is not allowed.

I think we can be certain that should a time traveller arrive from 1910, he’d recognise the scene straight away.