This charming photo of youngsters dressed for the carnival in 1927 was taken by the Burgess photographers. 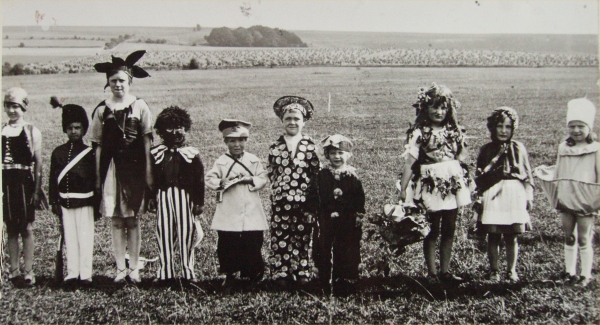 Children in fancy dress for Market Lavington Hospital Week in 1927

We know the names of many of the children. From left to right they are: 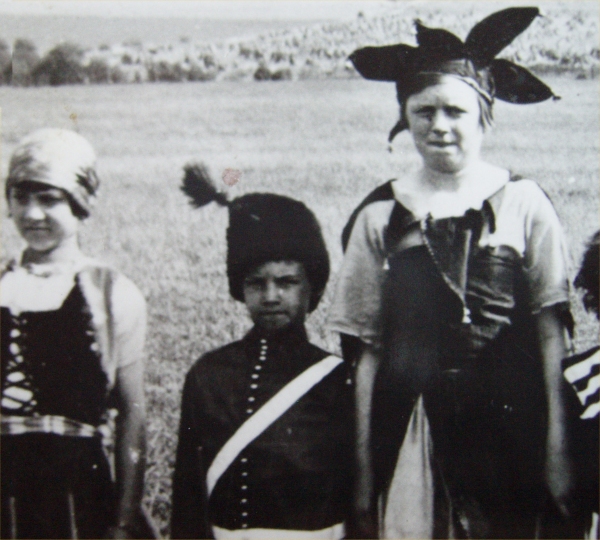 Here we have zoomed in on Bessie and Tom Gye and Lily Drury.

Behind them we get a seasonal clue for stooks of corn stand in the field. It was harvest time.