In the Garden at Beech House

This photo has recently arrived at Market Lavington Museum. 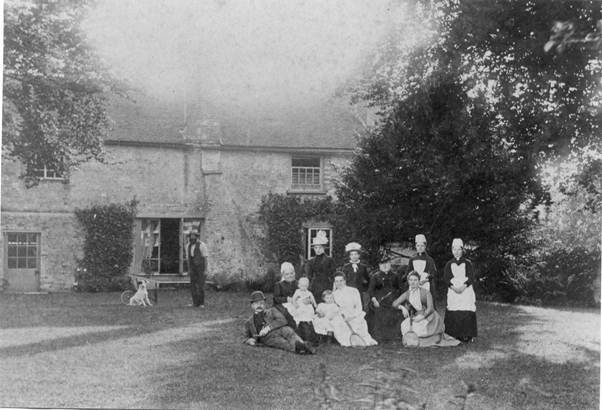 In the garden at Beech House, Market Lavington in 1889

It shows the Welch family in the garden of their home – Beech House in Market Lavington in 1889. 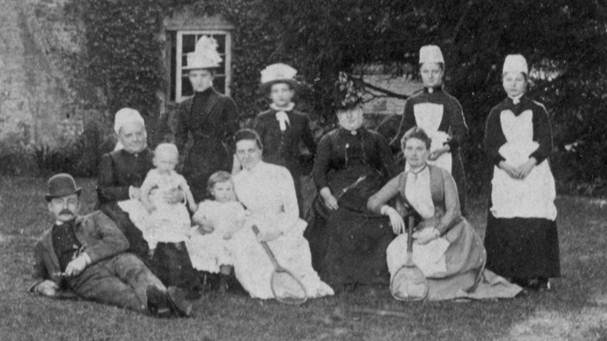 The Welch family relax in their Market Lavington garden

But we are going to concentrate on the gardener who chanced to be in the photo as he wheeled his wheelbarrow in the background. 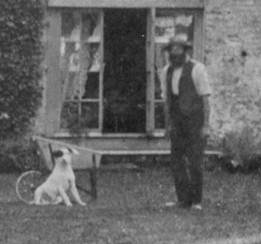 It isn’t the best photo in the world, but it’s a fair bet that for this chap photos were a rarity. And because the Welch family continued (and continue) to live in the village, we know who he was. This chap was John Lawes.

John Lawes’s birth was registered in the Devizes district during the third quarter of 1839. On censuses, he says he was born in Market Lavington. There is no surviving 1841 census for Market Lavington so our earliest document is on the 1851 census when 11 year old John lived with presumed parents, Luke a gardener and Sarah and three younger siblings. The address was Fiddington House which was a private asylum, then run by Charles Hitchcock. Luke, would have been a gardener in the extensive and attractive grounds.

In 1861 Luke was working in Lambeth with Sarah and family. John was not with his parents and we haven’t traced him.

John married Sarah Bash (probably Baish) in 1865. In 1871 the couple and their daughter, Emma, lived at White Street in Market Lavington. John was an agricultural labourer.

In 1881, with James added to the family, the address was Sargants Hill Farm Cottage number 2. This was up on Salisbury Plain and John was still labouring.

Sarah died in 1882 and was buried at St Mary’s, Market Lavington on 21st June.

In 1901 John and Jane along with a granddaughter (probably of Jane’s) were living at Market Place, Market Lavington. John was a gardener.

The couple were still in Market Lavington in 1911 – after 27 years of marriage. John was calling himself a general labourer. He wrote the census form with a very neat hand.

He followed them to the churchyard in 1914.