Our curator was having a chat with a friend, down on the village street when a huge slurry tank, tractor hauled, went past. The inevitable jokes were made, featuring the likelihood of smell. When the curator got home he found the driver in charge was placing the contents on the field just outside his house. As a result we can bring you some modern farming in practice at Market Lavington.

Let’s start with a distant view of the rear end of the tank. 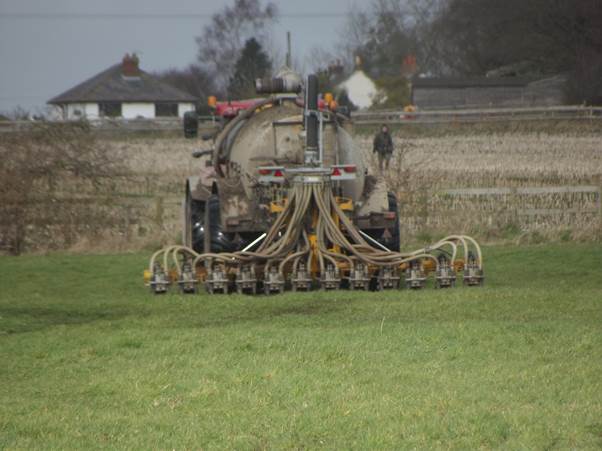 Injecting the soil with slurry at Market Lavington – February 2014

That tangle of pipes leads from the tank and carries the slurry down into the ground. The surface of this field, which has been a meadow for years, is just about unmarked.

There is a person walking in the next field. He is nothing to do with the agriculture going on.

The process appears to be called slurry injection and the liquid effluent gathered from animals housed in the winter is literally injected into the soil. It isn’t spread on the surface.

It’s slow process with the tractor moving forward at a crawl, but it is deemed an advantage to get the nutrients down to the level of the roots. 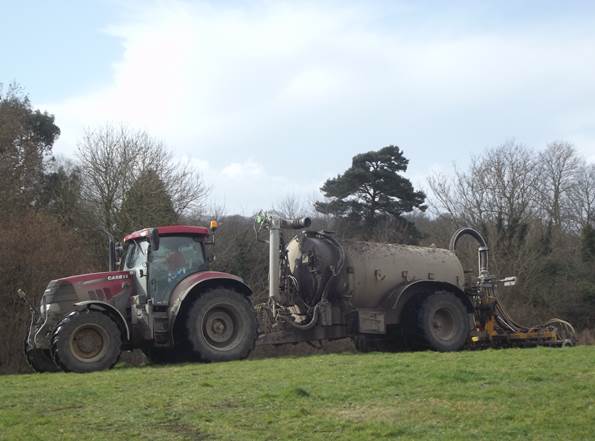 Here we see the process going on. We have a typical, huge modern tractor, the massive tanker trailer and the injection mechanism hung on the back of it. 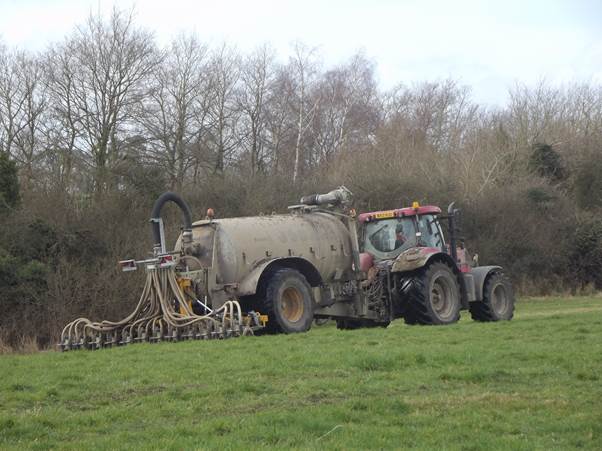 It’s a very neat process although, as our curator says, it is not without smell. He adds there is a small amount of leakage of slurry on to the surface when the injector is out of the ground whilst turning. 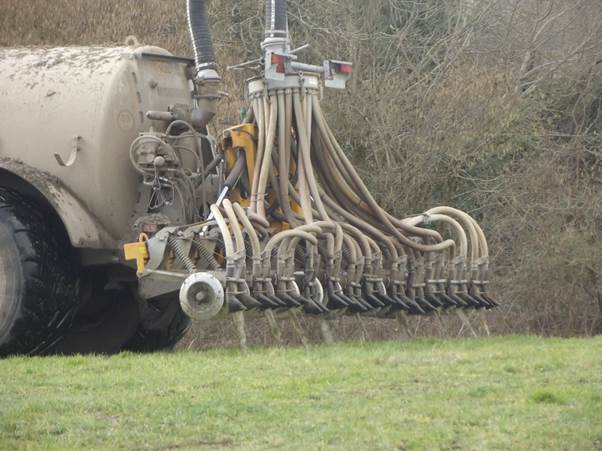 Slight leakage as the tractor and tank turn at the headlands

It has to be said that the scale of modern agriculture is truly amazing. These pictures have now been saved for posterity. Maybe in 60 years from now, folks will look back on the quaint methods we used back in 2014.